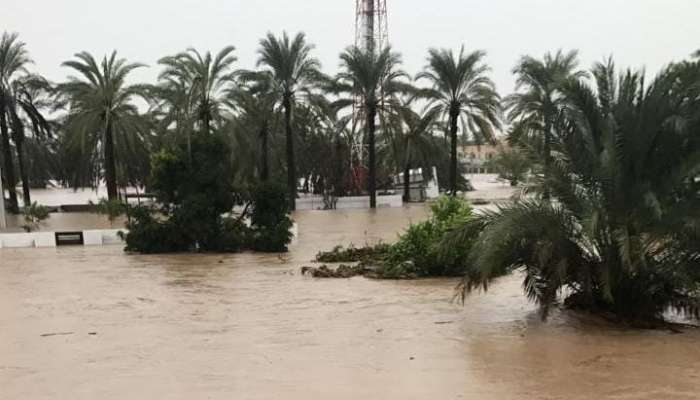 (7:28 pm): The Royal Air Force of Oman has evacuated an injured citizen from Al Khaboura to Sohar Hospital. 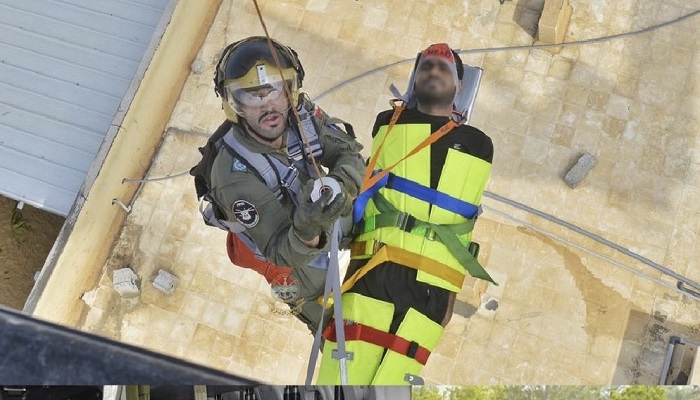 Omantel said in a statement online:  "We announce the allocation of OMR 100,000 to support those affected by cyclone Shaheen in the affected governorates through the Oman Charitable Organisation.”

(4:23 pm): The Ministry of Social Development has decided to continue suspension of work and rehabilitation for the rest of this week in at government, private and civil rehabilitation centers for persons with disabilities, and at nurseries in the governorates of Muscat, North and South Al-Batinah, Al-Dakhiliyah and Al-Dhahirah. Work will resume on Sunday, October 10, 2021

Muscat: Three stranded families in the Wilayat of Suwaiq in North Al Batinah Governorate have been rescued from their houses and evacuated to shelters.

"Three families trapped in homes in the Al-Khadhra area in the Wilayat of Suwaiq were evacuated to shelters," said Oman News Agency.

(03:15 pm) His Majesty orders formation of committee to assess damage from cyclone Shaheen

His Majesty Sultan Haitham Bin Tarik has ordered the formation of a ministerial committee to assess the damage to homes and various properties in the governorates that were directly affected by the tropical cyclone Shaheen.

Muscat Municipality has warned residents living close to areas near wadis as well as motorists about the overflowing of Al Jafnayn Dam. "Residents of the areas near the wadis and drivers are kindly requested to exercise caution."

(02:50 pm) Marine operations resume at Sohar port from Monday morning as no damages to infrastructure or injuries to staff were recorded.

Dr. Ahmed bin Mohammed Al-Abri, CEO of Asyad Ports and Harbors, confirmed in a statement to the Oman News Agency that the ports of Sultan Qaboos and Al Suwaiq are ready to operate and receive ships from this morning.

The Ministry of Labour urges public and private sector institutions to take into account the situation of their workers living in areas affected by tropical storm Shaheen.

The direct impact of tropical depression Shaheen over the Sultanate's weather has ended.

(02:30 pm)  Classes suspended across schools in parts of Oman

Muscat: The Ministry of Education has decided to suspend study across all public and private schools in the governorates of South and North Al Batinah for the next three days.

(01:45) Person in need of medical assistance transferred to shelter centre in Al Khaboura

An unwell person was transferred from the Bedaya area in the Wilayat of Suwaiq to the shelter centre in the Wilayat of Al Khaboura in North Al Batinah Governorate, said the National Centre for Emergency Management (NCEM). 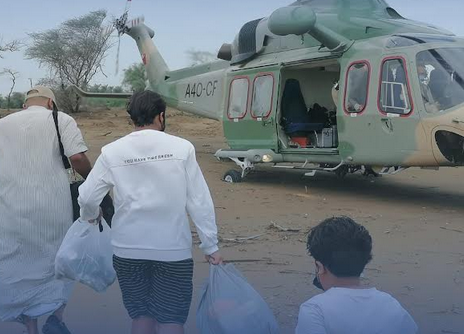 Muscat: The Oman Charitable Organisation and a number of charitable societies have opened donations to help those affected by the tropical situation Shaheen.

The Oman Charity Organisation said in a statement: "OCO announced the opening of donations to help those affected by Cyclone Shaheen through the electronic donations portal for charitable societies via the following link: donate.om

(1: 10 pm) Sultan Qaboos University (SQU) has decided to suspend classes for the rest of the week. Classes to resume on October 10, 2021.

(1: 00 pm) Rescue operations for three in Wilayat of Suwaiq underway

Muscat: The Civil Defence and Ambulance Authority (CDAA) is dealing with three stranded people in the Wilayat of Suwaiq, North Al Batinah Governorate.

"Rescue teams in the Civil Defence and Ambulance Authority in North Al Batinah Governorate rescued two people from a vehicle in a valley in Del Al Abd al-Salam in the Wilayat of Saham," National Committee for Emergency Management (NCEM), said in a statement.

The authority received two reports about partial collapse of two houses in the Wilayat of Suwaiq, one of them in Hillat Al-Nahdha, with a woman and a child being detained, and the other in the Suwaiq industrial area with a stranded child.‎

Muscat: The National Committee for Emergency Management (NCEM) has urged owners of drones not to use them at the present time and to give priority to the search and rescue teams to accomplish their tasks.

NCEM said in a statement :"Search and rescue aircraft and evacuation operations are facing difficulty in accomplishing their tasks as a result of the increase in drones that impede their movement. We ask the owners of these aircrafts not to use them at the present time and give priority to search and rescue teams. "

(12: 10 pm)  A rescue operation was carried out by the Royal Air Force of Oman for a family in the Wilayat of Al Khaboura, North Al Batinah Governorate.

(12: 05 pm) Oman's Foreign Minister has received a number of phone calls from Ministers of Foreign Affairs of friendly countries from across the globe.

(12: 00 pm) The damages left by the tropical situation are currently being measured in the Wilayat of Barka and Al Musanah, and work is underway to restore the power service in the coming hours.

(11: 40 am) These wilayats are experiencing power outage

Muscat: Electricity has been cut off in the wilayats of Barka, Musannah and Suwaiq, National Committee for Emergency Management (NCEM) said

Muscat: The Royal Office Minister visited the National Centre for Emergency Management (NCEM) to see the progress of work in dealing with the tropical situation Shaheen and the damages it caused.

"His Excellency Lieutenant-General Sultan bin Mohammed Al Nu’amani, the Minister of the Royal Office, visited the National Centre for Emergency  Management in the presence of His Excellency Lieutenant-General Inspector General of Police and Customs, Chairman of the National Committee for Emergency  Management and representatives of the committee’s sectors to see the progress of work in dealing with the tropical situation Shaheen," NCEM said in a statement. 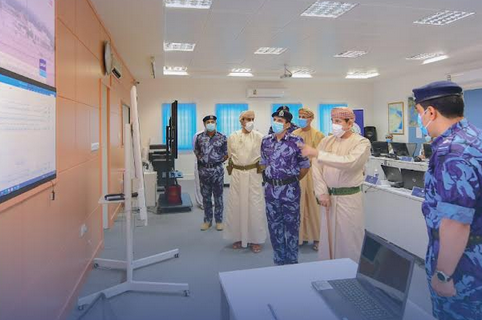 Muscat: Al-Khaboura and Al Suwaiq recorded the highest rainfall exceeding 300 mm, according to the latest statistics issued by the Ministry of Agriculture, Fisheries and Water Resources.

The data showed that the amount of rain that fell in the Wilayat of Al-Khaboura amounted to 369 mm, followed by Al Suwaiq at 300 mm, and Al-Seeb, which received 222 mm of rainwater.

Rainfall in Saham in North Al Batinah, Barka and Bausher in the Governorate of Muscat amounted to 214 mm, 203 mm, 202 mm respectively. Rest of the states received less than 200 mm of rain. 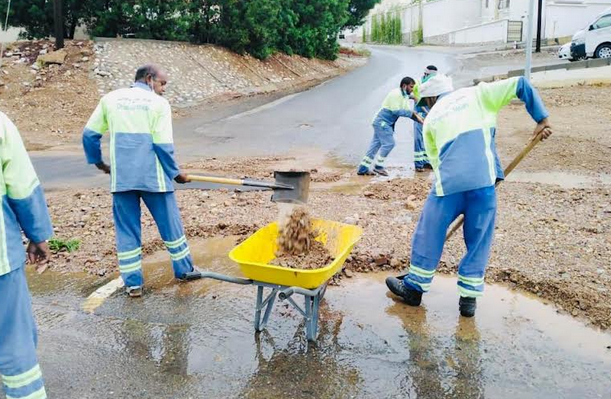 Muscat: Traffic has been cut off in some parts of Al Batinah main road due to tropical depression Shaheen.

"Traffic is disrupted in some parts of Al Batinah main road. In case of any emergency, use the Muscat Expressway," Oman TV said in a statement.

Muscat : A rescue operation was conducted by Royal Oman Police (ROP), Aviation for two people who were stranded in a wadi in the Wilayat of Suwaiq, North Al Batinah Governorate.

"The Royal Oman Police Aviation carried out a rescue operation for two people this morning in the Wilayat of Suwaiq in Wadi Al Batha," Oman News Agency (ONA) said in a statement.

"The weather charts of the National Centre for Early Warning of Multi Hazards indicate that the tropical depression is currently concentrated on Al Dhahirah Governorate and is expected to continue its movement towards the west. It is likely to exit from the borders of the Sultanate thereafter," Oman News Agency (ONA) said in a statement.

Muscat: There is a flood near the Wadi Al-Khoud dam, the Ministry of Agriculture, Fisheries  Wealth and Water Resources said and warned the residents of the area.

The  Ministry of Agriculture, Fisheries Wealth and Water Resources issued a notice that water has begun crossing the Wadi Al-Khoud dam. Therefore, caution must be taken while using the roads in the area and residents living close to the dam must be careful.

Muscat: At least 80 shelter centres have been set up in various governorates that have been affected by tropical cyclone Shaheen and these received at least 5,000 people.

"166 shelter centres are equipped in the governorates affected by the tropical situation. 84 centres have been activated so far, receiving 5,137 people, including 3,717 citizens and 1,420 residents," Oman News Agency (ONA) said in a statement.

(9: 00 am) Shaheen downgraded to tropical storm after landfall in Oman

Muscat: The Civil Defence and Ambulance (CDAA) personnel have rescued people stranded inside a vehicle in a wadi in the Wilayat of Suwaiq, North Al Batinah Governorate, Oman News Agency (ONA) said in a statement.

CDAA rescue teams in Muscat Governorate also managed to rescue two people who were stranded inside a vehicle in a wadi in the Wilayat of Al Amerat, and they are in good health.

(8: 40 am) Cyclone Shaheen: Body of missing citizen found in Oman

The Centre has announced that it had found the body of a missing citizen in Wadi Al-Silil in the Wilayat of Rustaq in the Governorate of South Al Batinah.

(8: 20 am) Building collapses in Oman, no casualties

Muscat: A building collapsed with workers in it in the Wilayat of Suwaiq.

The National Centre for Emergency Management is dealing with a report of a building collapse while the workers were on the site in the Wilayat of Suwaiq. The workers have been transferred to a shelter in good health.

Muscat: Muscat Municipality announced that public parks and gardens will continue to stay closed until the damages resulting from tropical cyclone Shaheen are dealt with.

(8: 00 am) People asked to stay away from wadis during cyclone Shaheen

Muscat: People have been asked by the Royal Oman Police to stay away from wadis and other low-lying areas, which are prone to flash floods and could lead to injury or loss of life.

(7: 00 am) Repair teams set up to deal with roads damaged by Shaheen

Muscat: Repair and maintenance teams have been set up to deal with any damage caused to Oman’s road network by cyclone Shaheen, according to Saeed bin Hamoud Al Maawali, the Minister of Transport, Communications, and Information Technology.

For Sunday's updates on Cyclone Shaheen, check our tracker here. 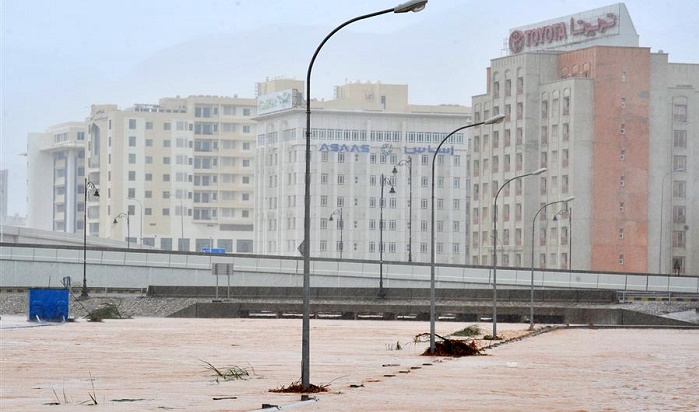 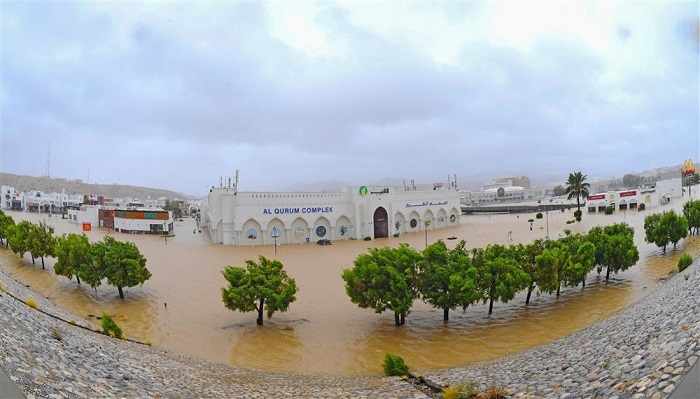 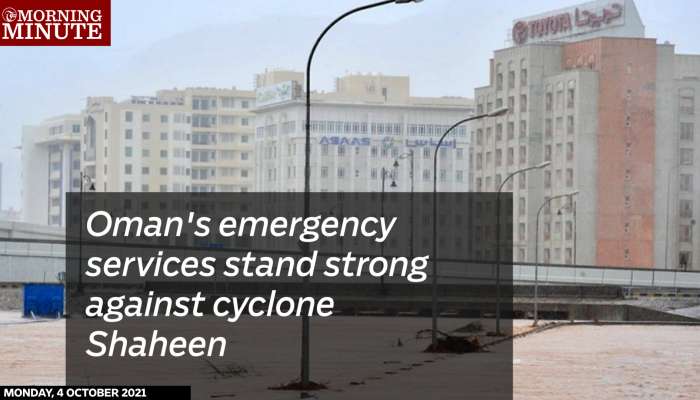