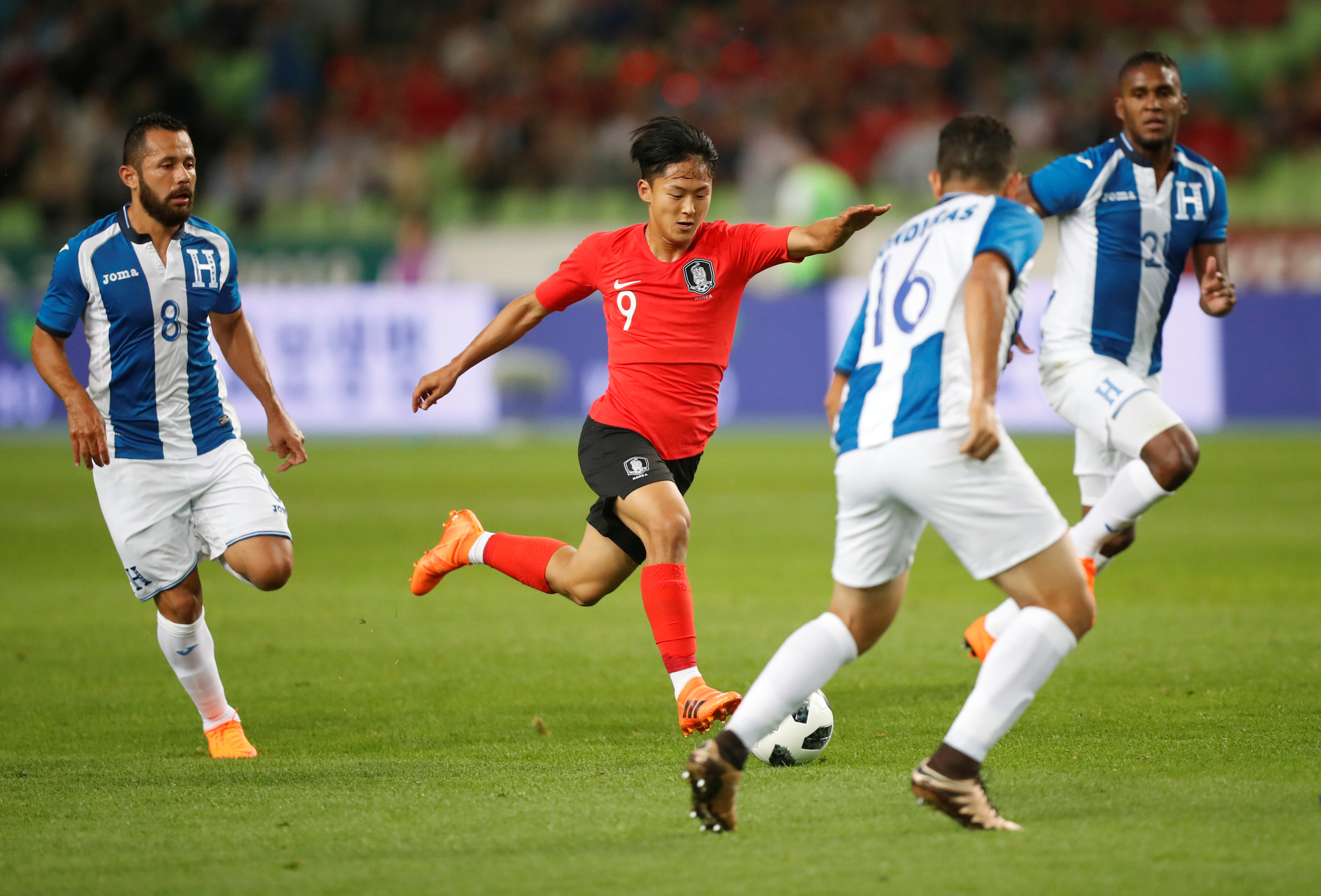 Seoul: Son Heung-Min's long-range blast set South Korea on their way to a 2-0 win over Honduras in a World Cup warm-up on Monday but it was the performance of impish forward Lee Seung-Woo on his senior national team debut that really caught the eye.
The 20-year-old has been viewed as Korea's most promising player for years having come through Barcelona's famed La Masia academy and while he signed for Italy's Hellas Verona last August, Barca reportedly have a buy-back option.
His inclusion in Shin Tae-Yong's preliminary squad for Russia raised some eyebrows, given that he had yet to win his first full cap, and there was more surprise on Monday when he was given a start against the Central Americans in Daegu.
Lee got off to a rough start, failing to link up with his team mates and trying too hard to impress, but after getting to grips with the pace of the game, it quickly became evident why so much is expected of him.
Driving at defenders with pace, carving out chances with incisive passing and harrying opponents out of possession, Lee managed to draw some of the focus off skipper Son and showed that despite standing a modest 5ft-7in (1.7m) tall, he would not be intimidated by hulking Honduran defenders.
In the 60th minute Lee created the opener, swiping the ball from an opponent, driving toward goal and laying it off to Son, who fired home a glorious left-foot effort from outside the box.
"He was dogged and showed a lot of football sense," Yonhap News quoted Shin as saying of Lee. "He knew what I wanted from him and he delivered."
After carrying the load for the Korean under-17 and under-20 teams, Lee said playing for the senior side brought out a different dimension in his game.
"Instead of feeling the pressure of scoring goals, I'm in the position to create opportunities for my team mates," said Lee, who received a rousing send-off from the crowd when he left the field in the 85th minute.
"For this team, I don't have to finish my own. I'm focusing on creating scoring chances."
Lee will hope to prove his worth to the national side again on Friday when the Koreans host Bosnia in another warm-up match in Jeonju before Shin names his final 23-player squad for the World Cup.
Korea have been drawn in Group F alongside Sweden, Mexico and world champions Germany.