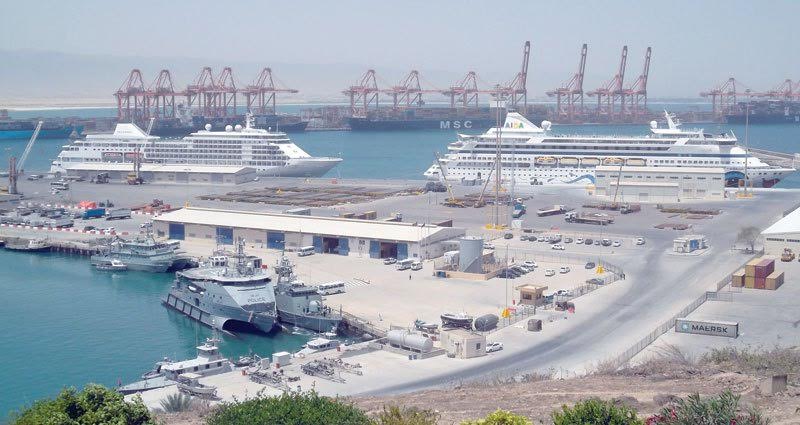 Muscat: Schools in Dhofar will be closed on October 11 and will be used as shelters if needed over the weekend due to the looming threat of tropical storm Luban.
Read here: Sultan Qaboos Hospital to be evacuate
“This comes in the interest of the safety of students and staff in the field of education, and within the framework of identifying the schools in the governorate as shelters for citizens and residents,” announced the Directorate General of Education in Dhofar.
**media[945807]**
Salalah Port
Mohammed bin Aufait Al Mashani, Director General of Corporate Affairs at Salalah Port said that it has been decided to cease all operations at the port from Thursday morning. He said that the port management has taken all precautionary measures to limit damages in view of the tropical condition.
Video: Exclusive Cyclone Luban update for Oman from PACA
The officials have put in place an emergency plan to ensure security and safety of its employees, property and public utilities along with removal of wooden boats to safer places outside the port, he added.
Tropical storm Luban is likely to develop into a Category 2 cyclone within the next 48 hours, the Public Authority of Civil Aviation (PACA) said on Wednesday. It is now a Category 1 Tropical Cyclone.
**media[945809]**
Mansoor Al Shabibi, a specialist at the Meteorology Department at PACA, said,“It is still very hard to predict where this cyclone will go. But several coastal areas along Dhofar will get heavy rain and strong winds.”
Meanwhile, PACA’s spokesperson said, “The latest weather charts and satellite images of the National Multi-Hazard and Early Warning Centre indicate the development of Luban into a Category 1 tropical cyclone. The cyclone is around 600km away from Salalah city, with surface wind speeds of 64 to 74 knots (119 to 137kmph).
Also read: Guidelines for residents in Oman to stay safe during natural calamities
“The tropical storm continues to move towards the Dhofar governorate coast and Yemen, with the storm likely to deepen into a tropical cyclone of the second degree within the next 48 hours.”
A meeting was held at Salalah Airport to discuss the latest developments and potential impacts of Luban. The meeting was held under the chair of Salim bin Awadh Al Yafei, Deputy CEO of Oman Airports for Salalah Airport.
The meeting reviewed the latest developments related to the tropical condition, as well as the safety of airport facilities and systems.
By Saturday evening, Dhofar and Al Wusta governorates are expected to receive heavy rain and high winds, with waves reaching maximum heights of six to eight metres.
**media[945803]**
The National Committee for Civil Defence (NCCD) held an extraordinary meeting on Wednesday under the chairmanship of Maj.Gen Hamad bin Sulaiman Al Hatmi, Assistant Inspector General of Police and Customs for Operations, to review the preparedness of the main and supporting entities involved in dealing with the situation. Meanwhile, the Ministry of Health (MoH) is continuing with its intensive efforts to deal with the climatic conditions.
This was affirmed by Dr. Ahmed bin Mohammed Al Saidi, Minister of Health in a statement in this regard.
Al Saidi pointed out that Dr. Mohammed bin Saif Al-Hosni, MoH Undersecretary for Health Affairs, along with Dr. Rashid bin Hamad Al Badi,Director of Emergency Management Centre, has been assigned to visit Dhofar Governorate to follow-up on the health status at the governorate and check the readiness of the healthcare institutions.
Furthermore, to ensure the continuity of providing healthcare services in the governorate during the storm and providing all the needs of manpower, medical equipment, medications and other logistic services for the institutions, He said..
In addition, the MoH Contact Centre has been activated during its two regular working periods, as well as shifts schedule has been prepared for the administrators in the emergency plan and for the doctors and health workers working in the health institutions in the governorates that expected to be affected by the climate condition.
The central warehouses in the ministry are in full readines to send additional shipments of drugs and other medical supplies to all the directorates, hospitals and health centres according to the activated supply plan, as well as the other plans that have been activated for the engineering affairs, information technology and the blood bank.