Guidelines for residents in Oman to stay safe during natural calamities 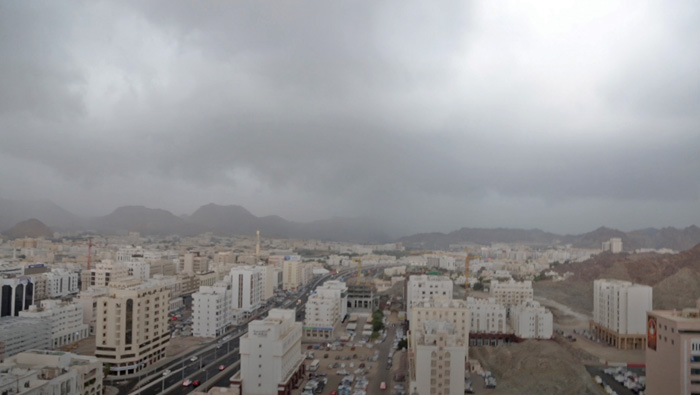 Muscat: Public Authority for Civil Defence and Ambulance (PACDA) has issued a list of guidelines for those who live in areas that are likely to be affected by cyclones and tropical storms.
Video: 10 safety measures to remember during a storm
With tropical storm Luban expected to make landfall in Oman later this week, PACDA’s guidelines on how to stay safe during such natural disasters come at the right time, and are part of their recently-published emergency handbook released in both English and Arabic for locals and expats in the Sultanate.
Read here: Gearing up for Luban - Dhofar first responders ready
“Evacuate if directed by official authorities, otherwise, seek shelter indoors immediately,” said an official for the public authority.
“Secure or move outdoor items such as toys, bicycles, potted plants and heavy objects into the apartment and away from the windows. Close all doors and windows, and draw the curtains across windows to minimise glass fragments from flying in should the windows shatter.”
He added: “If a window breaks, place a mattress against the broken pane and push a piece of heavy furniture against it.” Further instructions were also released by PACDA, who asked people in affected areas to get hold of a torchlight and a first-aid kit to prepare for any possible power outages and injuries caused by the storm, and to set their freezers to the lowest temperature to minimise food spoilage in the event of a power outage.
Other steps to follow involve buying a portable radio for updates on the storm situation, and to secure all electrical, fire and gas outlets at the residence, as well as to check for leaks from these sources on a continual basis throughout the storm.
Residents and citizens have also been asked to move to the areas of their apartments that have the least amount of exposure to glass windows and if possible, lie down or take cover under a table, and have been requested not to step outdoors, even if the storm has stopped for a while. Although things may seem calm, it could only be a short while before the wind and rain pick up again.
Once the storm is declared to be over, please check for broken glass, fallen trees, broken power cables, waterlogged pits and other hazards in the vicinity.
Trapped
During storms and other natural disasters, people may unfortunately get trapped under rubble or debris. If you are trapped under heavy objects, or feel that you might be, crawl under a sturdy piece of furniture, (e.g. a desk or bed), which will provide people with breathing space and protection against falling objects.
If that is not possible, residents and citizens have been asked to brace themselves against an interior wall devoid of glass windows or mounted shelves and try to use blankets, boxes and other similar materials for protection against glass fragments and light debris.
The PACDA spokesman added: “If possible, move away from unstable areas and objects, and put on a pair of sturdy shoes to protect your feet from broken glass. Stay put if you are in a safe area. Do not attempt to use the stairs or elevators as you will be exposing yourself to dangers such as falling debris, damaged stairways and power outages in elevators. Do not turn on light switches or light matches, fires and gas stoves unless you are sure that there are no gas leaks.”
“Be calm, alert and responsive to calls from rescuers,” he said. “Do not shout unnecessarily as you may inhale dangerous amounts of dust while weakening yourself. If possible, use a whistle, torchlight or tap on a pipe or wall to attract the rescuers’ attention. If you are pinned down by debris, periodically move your fingers and toes to promote blood circulation and prevent blood clots.”
Residents are also requested to keep their spirits high by thinking of their loved ones, and to eat food and/or drink water if it is within reach.
Weather forecasting patterns claim that tropical storm Luban could either move towards Duqm, or veer south and affect Salalah and Yemen.
Emergency preparations are underway by civil defence services and other key personnel in both cities, as they prepare for it.
The storm comes some six months after Cyclone Mekunu struck Salalah earlier this year. Thanks to stringent planning by the government departments and private partners, deaths and damage were kept to a minimum. In case of an emergency, PACDA can be reached on 9999 or 24343666.