Tropical storm: Don’t panic, we are ready to tackle Luban 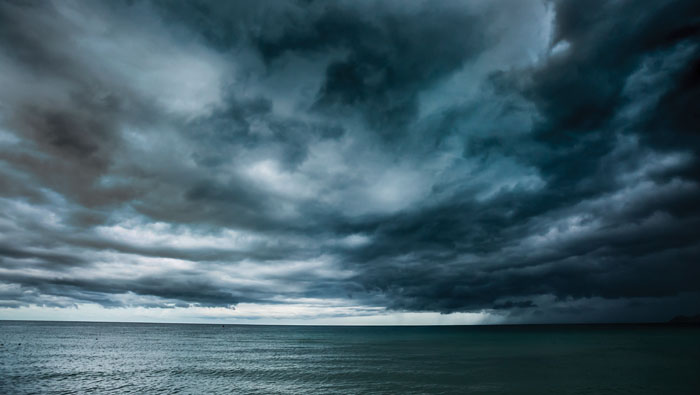 Update: Cloudy skies over Oman as Tropical Storm Luban approache
Muscat: Emergency services have already swung into action to ensure everyone is safe as tropical storm Luban nears the Oman coast.
Also read: Weather, rescue authorities in Oman discuss preparations for Tropical Storm Luban
All services are ready and prepared to handle whatever tropical storm Luban may bring, according to a senior civil defence spokesman.
Lt Col Faisal Al Hajri, director of the executive office of the National Committee for Civil Defence, told the Times of Oman that tropical storm Luban is not expected to be quite as severe as Cyclone Mekunu, which made landfall in Oman last May, with more priority this time being given to the stockpiling of basic resources such as food and water.
He also asked people not to panic, as the government and emergency services were prepared to handle any situation that came their way.
“For the time being, an evacuation is not necessary, however, we have put in place measures to evacuate any areas in case we see the need,” Al Hajri said.
“We have made sure that all basic necessities are stocked up in supermarkets and that enough back-up stock is available in specific governorates.
“Thankfully, due to the previous instances we have gained experience in how to deal with such situations,” he added.
According to the latest information from the Public Authority for Civil Aviation (PACA), Luban was expected to affect the Dhofar and Wusta governorates by Wednesday.
Read here: Tropical Storm Luban's effects to be felt from Wednesday
“The latest weather maps and analysis of the National Multi-Hazard Early Warning Centre indicate the concentration of the tropical storm Luban in the middle of the Arabian Sea. The wind speed around the centre is estimated at 35 to 40 knots (64 to 74kmph) and is about 940km away from Salalah,” said a PACA spokesperson.
“Meteorologists continue to analyse and follow-up on the latest developments round-the-clock. The Civil Aviation Authority calls for the follow-up of weather reports and reports on the evolution of the meteorological situation.”
Lt Col Hajri added, “There is no comparison between Mekunu and Luban. Mekunu passed through Dhofar but according to the information currently available, Luban will not directly pass through any of the governorates. Dhofar will only come in contact with the clouds surrounding the storm which will cause heavy rain.”
“The course of the storm, unlike previous events, will not pass the Sultanate’s territory or its coasts but will be moving in the direction of the south, towards the Gulf of Aden and the Republic of Yemen,” he said.
On the other hand, the National Committee for Civil Defence has also ensured that areas that were cut off by storms in the past are protected.
“The committee has developed a plan to protect areas such as the west of Dhofar, on how they can install resources such as back-up generators, extra fuel or technical roads, spare parts, beforehand, so even if supply flow to those areas was cut, they could still be sustained,” Al Hajri said.
Meetings in Dhofar
The Civil Defence sub-committee met on Monday in Dhofar and reviewed measures and procedures for preparedness and precautionary measures to limit the impact of the situation.
“The measures included the maintenance and cleaning of the Wadis, drainage channels, and ensuring the development of dams, and other aspects related to the flow of valleys naturally, to ensure that no blockages occur,” Al Hajri said.
On the other hand, Mohammed Al Maishani, General Manager of Corporate Affairs at Salalah Port, said that plans and measures began two days ago, adding, “The company worked in coordination with the international and regional shipping lines on ways to stop or redirect any line to other ports in the event of a crisis, in addition to measures to evacuate what is currently in the port as the storm approaches.”
The Public Authority for Civil Defence and Ambulance (PACDA) and the Public Authority for Civil Aviation (PACA) also hosted meetings to discuss the tropical storm Luban.
Dr. Mohammed Al Zaabi, head of PACA, held the first meeting of the internal committee for managing the extraordinary weather conditions. During the meeting, members of the committee and members of the authority’s office in Dhofar discussed the latest developments in the Arabian Sea and preparations for managing the tropical storm.
In anticipation of Luban, the competent authorities in Dhofar are working to gradually raise the level of preparedness, in connection with the situation and developments in the next few hours and days. Salalah Airport also held a meeting headed by the executive vice president of Oman Airports to study the readiness required to face the storm and to discuss the insurance of the airport’s facilities, its safety and flexibility of movement in dealing with the situation as it arises.
Authorities have called on citizens and residents to only take information and news from the appropriate sources, and not to believe rumours that are circulated online and across social media.