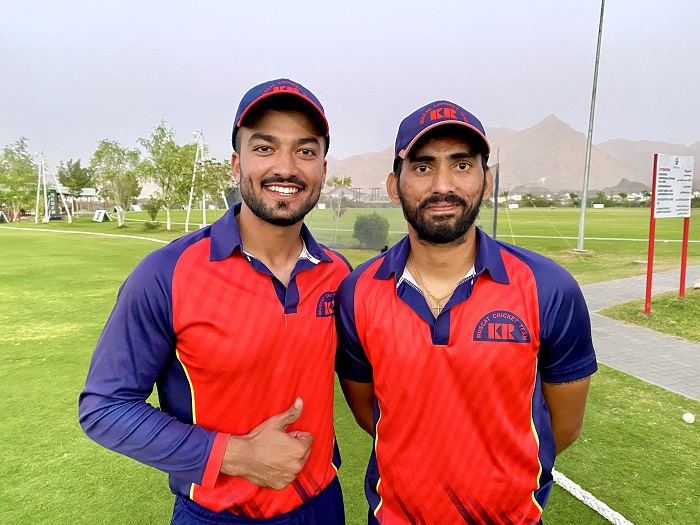 The tournament’s two most experienced sides tested each other to the limit before Muscat managed to prevail for a nail-biting win.

Al Turki found the going tough against Muscat’s potent attack, crawling to 214 for 9 in 50 overs, Suraj Kumar (43), Karan Sonavala (37) and Akshay Patel (36) being its main scorers. Ganesh Chandrashekhar picked up 3 for 42 while Ayaan and Sandeep Goud took two wickets each.

Muscat’s response was equally erratic as from being 51 for 1 it slumped to 82 for 6 before Ayaan started to take control and stamp his authority on the game despite wickets still falling around him. His 65-run ninth wicket partnership with Ganesh (28 off 46) put Muscat in the driver’s seat before Jay Odedara removed Ganesh in the 44 th over.

With Muscat still requiring 12 runs and only one wicket in hand, Ayaan decided to take on Al Turki’s ace spinner Ajay Lalcheta, hitting him for a four and a six to steal 14 runs from his first five balls and seal a sensational one-wicket win for his side.

Muscat and IT Works now lead the table with 10 points each from six games followed by Al Turki which has 8 points from six outings.

Invited to bat first, Maniz Azad scored 153 all out in 19.2 overs, Tahir topscoring with a whirlwind 48 off 24. Satham Hussain and Nishan Padmakumara were the pick of Design Group bowlers, taking three wickets each.

Design Group failed to fight, folding up for a dismal 96 in the 18 th over. Parvez Beg (33) and Muhammed Althaf (29) were its main scorers. Adnan Ahmed claimed 3 for 6 while Adnan-ul Haq, Zaheer Abbas and Tahir Ali bagged two wickets each.


Vijesh Vijayakumaran struck a solid 57 off 39 and then took two wickets to guide Ideal Technology to an exciting 28-run win over Spania &amp; VDD in a D Division T20 League encounter at Muscat Municipality ground 3.

Vijesh topscored with 57 while Noman Mohammed contributed 38 as Ideal posted 162 for 6 on the board. Spanio was then dismissed for 134 in the final over thanks to brilliant bowling by Biji Sunder, who claimed 3 for 29, and Ummer Mahmood, Sooraj Raj and Vijesh who all bagged two wickets each.


In another D Division clash, splendid fifties by Shadab Kazi and Adeel Anwar were the highlights of Safara International’s 4-wicket victory against Jotun CT at Muscat Municipality ground 4.

Safara’s response was led by opener Adeel’s swashbuckling 50 off 21 balls that included 3 sixes and Shadab Kazi’s vital 55 not out off 40 as it surpassed the total in the 19 th over, scoring 175 for 6. Joy Abraham bagged 3 for 33.