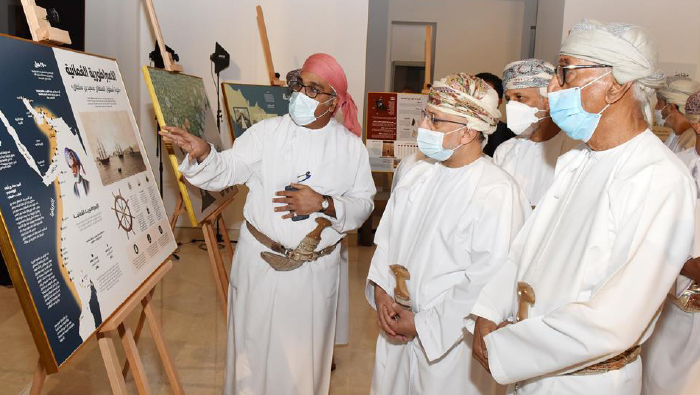 Muscat: A ceremony was held at the National Museum on Wednesday to launch an encyclopaedia titled “Oman Since Antiquity: Photo-illustrated Historical Record”.

The encyclopaedia, consisting of four large relics, reconstructs Omani history and showcases images spanning a period of more than 7,000 years. ‘Oman Since Antiquity’ was compiled in response to the late His Majesty Sultan Qaboos bin Said bin Taimour and it has been supervised by Mohammed Al Zubair, the late Sultan’s retired Adviser for Economic Planning Affairs.

The National Museum has been the leading institution that lent support to this project and other projects.

The project was launched by Salim Mohammed Al Mahrouqi, Minister of Heritage and Tourism, Chairman of the National Museum’s Board of Trustees.

The first part of the four-section encyclopedia chronicles the pre-Islamic era in Oman.

The second part extends from the time of advent of Islam into Oman (629-630 AD) to pre-renaissance period that ended upon Sultan Qaboos’s accession to power in the country in 1970.

The third and fourth sections cover the modern Oman Renaissance period that concluded upon the demise of Sultan Qaboos and the accession to power by His Majesty Sultan Haitham Bin Tarik on 11 January 2020.

Featuring a collection of pictures and info-graphics, the encyclopaedia also includes a videotaped film of various stages of compilation.