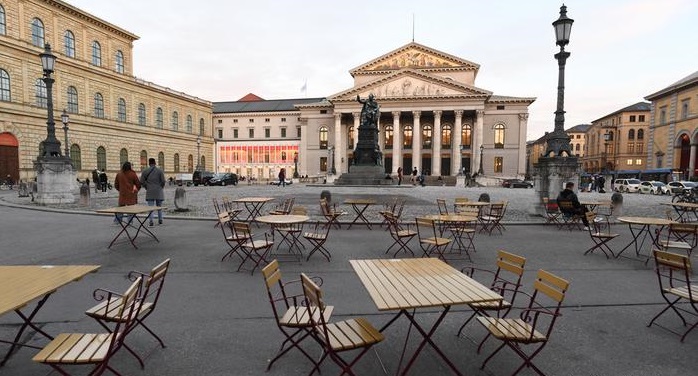 "We have three to four long winter months ahead of us," he was quoted as saying. "It is possible that the restrictions will remain in place in the first months of 2021."

German Chancellor Angela Merkel on Saturday urged citizens to adhere to coronavirus restrictions ahead of the Christmas period, saying "it will be worth it."

In her weekly video message, Merkel also praised Germans for their discipline and thoughtfulness over the past 10 months. "Let us continue to show people what we're made of by sticking to the rules that apply to all of us now, in winter, before Christmas, over the new year. Because we will see that it will be worth it," she said.

On Wednesday, Germany's 16 federal states agreed to extend and tighten measures against the pandemic until at least December 20.

Germany imposed a partial lockdown in early November, closing bars and restaurants but allowed schools and shops to stay open. The measures have stopped the exponential rise in coronavirus cases but infections remain high in the country.

On Saturday, Germany registered 21,695 new confirmed coronavirus cases, according to the Robert Koch Institute (RKI) for infectious diseases. The country has recorded more than million COVID-19 cases since the start of the pandemic. The number of virus patients in intensive care has soared from around 360 in early October to more than 3,500 last week.


About 60% to 70% of the population needs to be immunized against the coronavirus in order to achieve herd immunity, the World Health Organization (WHO) has announced.

This rate is based on several modeling studies, the head of the WHO's vaccine department, Katherine O'Brien, told a press conference in Geneva.

"It's really important that we get more information about the vaccines," she said.

WHO spokesman Mike Ryan also said it would be "highly speculative" to say that the virus did not emerge in China. Chinese state media has been reporting that the virus, which was allegedly first discovered in a food market in the city of Wuhan, actually originated abroad.