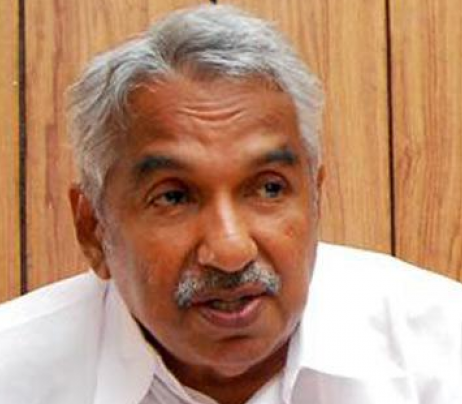 Thiruvananthapuram: Chief Minister of south Indian state of Kerala Oommen Chandy on Tuesday lambasted Prime Minister Narendra Modi for comparing Kerala to Somalia, saying he has insulted the state, and asked him to show some "political decency" by withdrawing his remark.
In a hard-hitting letter to Modi, Chandy said the prime minister's comparison of Kerala to Somalia during a recent poll campaign rally while claiming that the state had 'adverse' economic and social parameters has "shocked" the people of the state as it has nothing to do with the ground realities.
He also requested Modi to show some "political decency" by withdrawing the statement as they are "baseless and contrary to ground realities."
Referring to the statement, Chandy said, "This is unbecoming of a prime minister and has created a great deal of agony and protest."
"With great deal of regret, let me point out that they (previous PMs) never attempted anything that brought disrepute to the office of the Prime Minister like you have done," he said in the letter, a copy of which was released to the media.
Countering Modi's remark that the state had lagged behind in various growth indicators including health and education, Chandy said Kerala was above national average in terms of economic growth and human resource development for the past five years.
Chandy also said the state's human resource has caught the attention of the world.
"Yet, you (PM) compared Kerala to Somalia that is reeling under poverty and internal strife. Is it not a shame for the prime minister to pronounce that a state like Somalia exists in the country?," Chandy said.
On Modi's jibe over the solar scam, in which allegations have been raised against him, Chandy said "no one in Kerala is going to be in panic on hearing the word 'solar'". He said people of Kerala know well that not even a single penny of the government was lost in the scam, which is a financial fraud whose victims are private parties.
"I wonder whether it befits a Prime Minister to feel disgraced during the time of election and proud on other occasions," Chandy said while pointing out to Modi's praise on solar power initiatives in Kerala several times earlier.