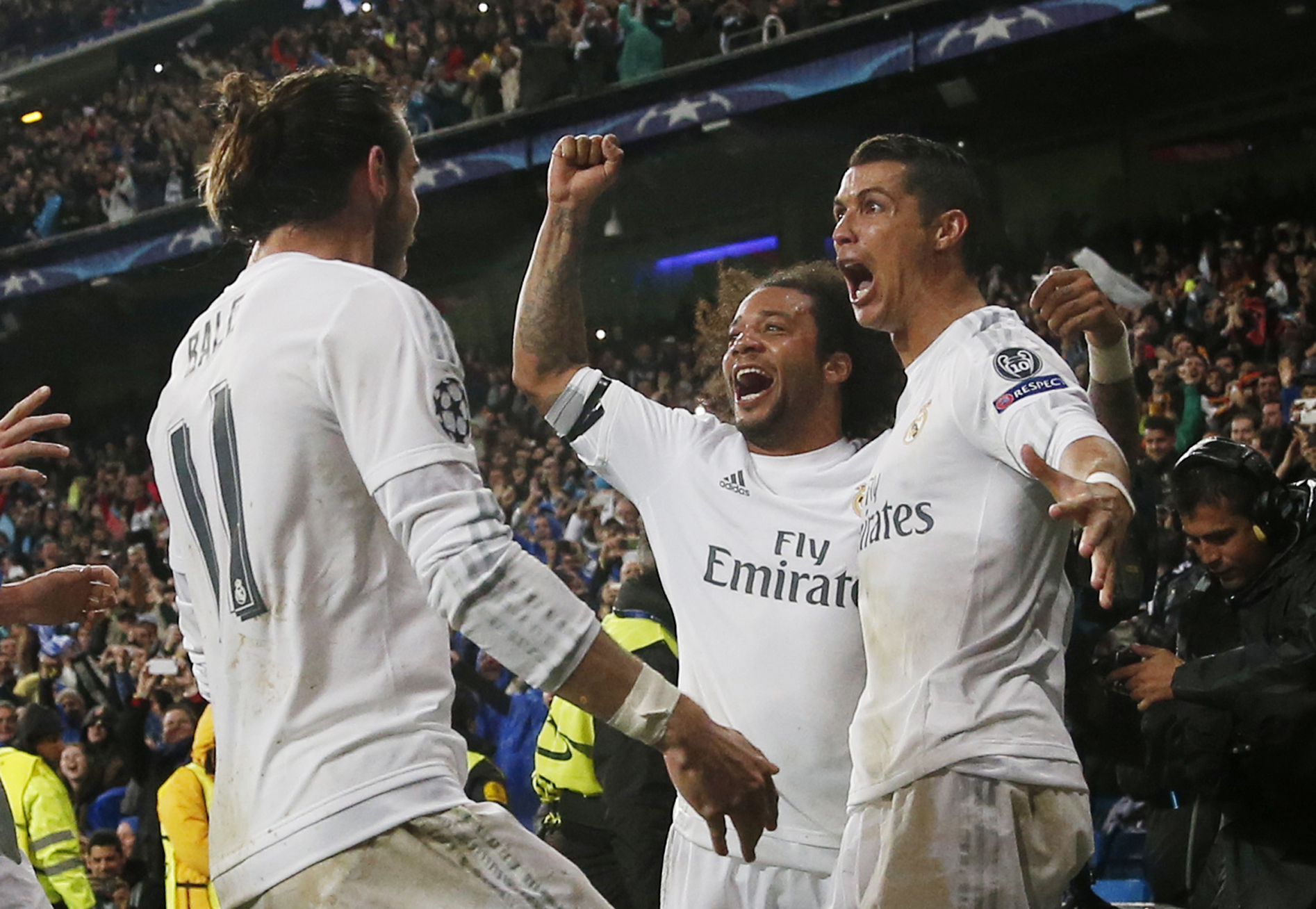 Madrid: Cristiano Ronaldo's fifth Champions League hat-trick inspired Real Madrid to a 3-0 comeback victory over VfL Wolfsburg on Tuesday that clinched a place in the semi-finals for a sixth successive season.
The prolific Portuguese got the 10-times European champions, 2-0 down from the first leg, off to a perfect start by tapping in Daniel Carvajal's cross after 16 minutes and heading a second goal less than a minute later from Toni Kroos' corner.
Ronaldo capped a 3-2 win on aggregate when he curled in a free kick after 77 minutes, his 16th goal in this season's competition taking him within touching distance of his record of 17 in 2013-14.
He also equalled Barcelona rival Lionel Messi's record of five Champions League trebles as he took his goal tally in all competitions this season to 46.
"It's a day for celebration," said Real coach Zinedine Zidane. "We won with character, fight and effort and I'm very proud of the players.
"The sensation is of a job well done because it wasn't easy. It was a special night...I'm very happy with the players because they did a phenomenal job."
Zidane's only change from the first leg was to replace the much-criticised Danilo at right back with Carvajal.
Opposite number Dieter Hecking kept the same lineup that served him so well at the Wolfsburg Arena.
Great fightbacks
Real have a reputation for staging great fightbacks in Europe but they had not overturned a first-leg deficit in the Champions League since 2002 when Zidane, as a player, helped them beat Bayern Munich 2-0 at the Bernabeu after a 2-1 reverse.
The home team's intent was clear when defender Sergio Ramos headed the ball against the crossbar early on and they soon started turning the tie back in their favour.
Carvajal vindicated Zidane's decision when he beat Julian Draxler to the ball in midfield before setting up Ronaldo's opening goal.
Wolfsburg tried to recover and they missed a couple of chances to get on the scoresheet.
The 31-year-old Ronaldo, top scorer this season in La Liga and the Champions League, had different ideas though and he sent the Bernabeu crowd wild with delight by scoring twice more.
"People can criticise me but I just keep on going and the numbers are there for all to see," said Ronaldo.
"I am very happy and with a month left of the season I can get even better. It was not the best but one of my best European nights."