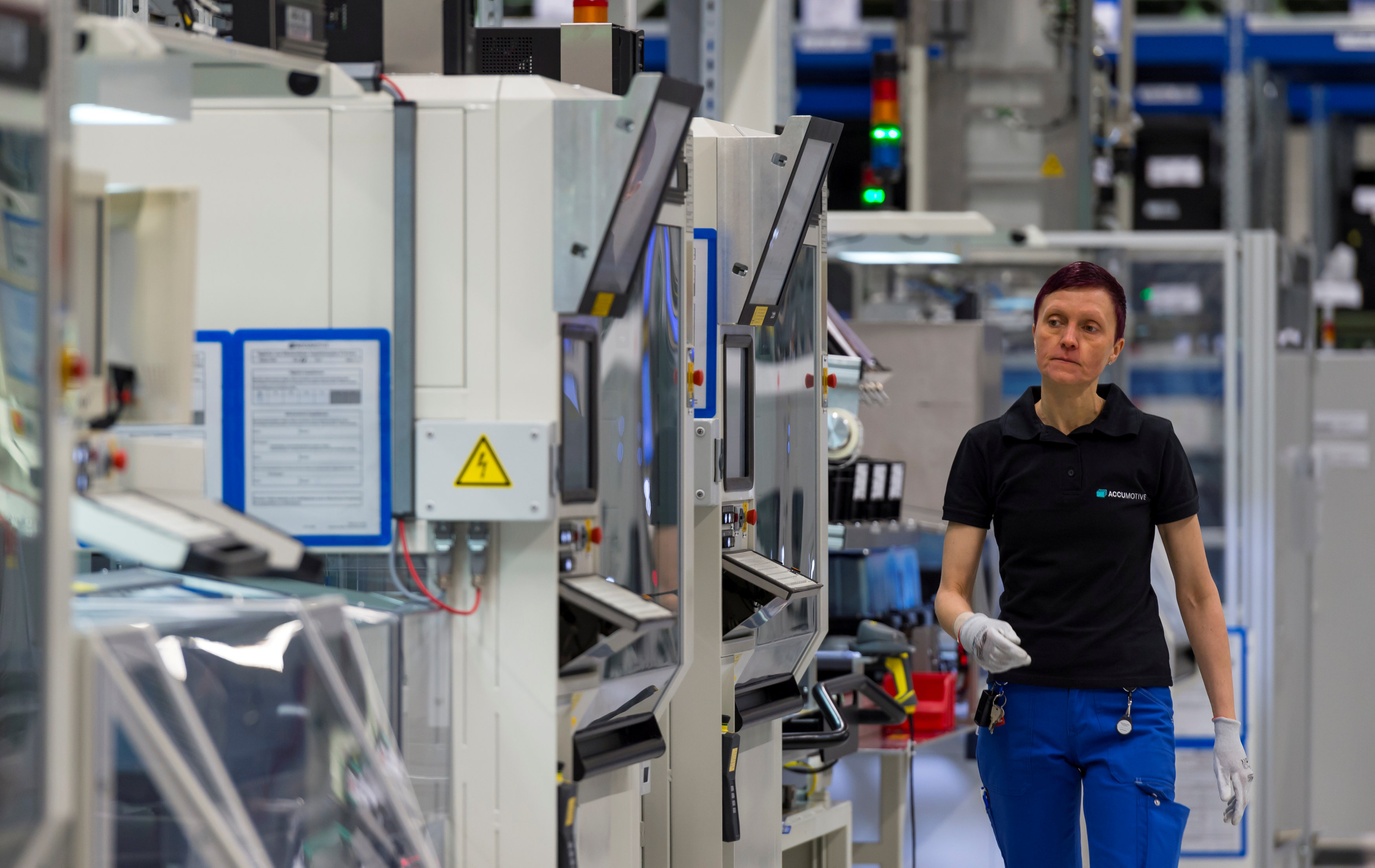 Berlin: The German economy is set for modest growth in the second quarter after industrial output edged up and job vacancies hit a record high, underlining labour market strength that is fuelling a consumer-led upswing.
Europe's biggest economy saw vacancies surge by 25,000 on the quarter and 115,000 on the year to reach 1.21 million in the April-June period, a survey by the IAB labour office research institute found.
Asked for the main reasons that are complicating recruitment, most employers pointed to a shortage of applicants and insufficient job qualifications.
Separate data on Tuesday from the Economy Ministry showed industrial output rose 0.4 per cent on the quarter in the April-June period despite a weaker-than-expected reading for June.
That release followed data on Monday that showed German industrial orders dropped in June by the most in nearly 1-1/2 years, suggesting that trade tensions caused by US President Donald Trump could limit growth.
"June's industrial production and trade figures suggest that the previously booming German economy is already feeling the effects of trade tensions," said Jennifer McKeown at London-based Capital Economics.
"But with the domestic economy in good shape and given the recent ceasefire in the tariff war, we expect only a modest slowdown in German growth."
In June alone, industrial output fell 0.9 per cent, missing a Reuters forecast for a drop on the month of 0.5 per cent. That came after a downwardly revised rise of 2.4 per cent in May.
"That's not a great result, but it could have been worse," Bankhaus Lampe economist Alexander Krueger said. "In contrast to the first quarter, industrial production supported growth in the second quarter."
The Federal Statistics Office will publish preliminary gross domestic product growth data for the second quarter next Tuesday.
Analysts polled by Reuters on average expect the quarterly growth rate to edge up to 0.4 per cent from 0.3 per cent in January-March, driven by private consumption and construction.
The German economy expanded by a robust 2.5 per cent in 2017 and most analysts expect only a moderate slowdown to around 2 per cent this year.
The Federal Statistics Office said in a separate statement that seasonally adjusted exports were unchanged on the month in June while imports rose by 1.2 percent.
The seasonally adjusted trade surplus narrowed to 19.3 billion euros from an upwardly revised 20.4 billion euros ($23.60 billion) in May.
Trump has agreed to refrain from imposing tariffs on cars imported from the EU while the two sides negotiate to cut other trade barriers.
The decision, reached in talks between Trump and European Commission President Jean-Claude Juncker in Washington last month, eased fears of a transatlantic trade war.