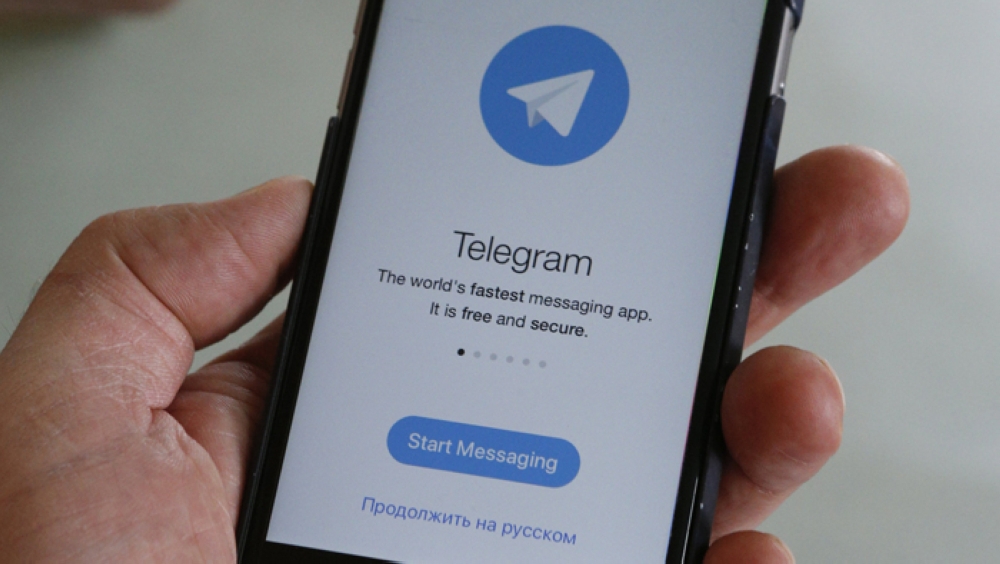 Ankara: Iran's judiciary has banned the popular Telegram instant messaging app to protect national security, Iranian state television said on Monday. Iran had been considering the ban since January when protests over economic grievances erupted in more than 80 cities and later turned into demonstrations against the clerical and security elite of the Islamic Republic.
Some hardline officials said protesters used Telegram to organise the rallies, which were ultimately contained by the Revolutionary Guards and their affiliated volunteer Basij militia. The app was temporarily blocked in January.
"Considering various complaints against the Telegram social networking app by Iranian citizens, and based on the demand of security organisations to confront the illegal activities of Telegram, the judiciary has banned its usage in Iran," state TV reported.
"All Internet providers in Iran must take steps to block Telegram's website and app as of April 30," the judiciary website Mizan quoted a court order as saying. The court order, according to Mizan, said Iran's security had been threatened by Telegram as it had been used to mobilise many anti-government protests.
Mizan said: "Those actions included propaganda against the establishment, terrorist activities, spreading lies to incite public opinion, anti-government protests and pornography."
Iran's clerical rulers are wary of any revival of anti-government unrest if President Donald Trump refuses to extend US sanctions relief on Iran on May 12, a deadline set by him for European signatories of Iran's 2015 deal with six world powers to "fix the terrible flaws" of the accord.
Britain, France and Germany have been trying to dissuade Trump from ditching the deal struck during his predecessor Barack Obama's administration. A US exit could unravel the accord and increase economic pressure on ordinary Iranians. The order to ban Telegram was issued a few days after Iran barred government bodies from using the app, favoured by Iranian state media, politicians, companies and ordinary Iranians alike.
A widespread government Internet filter prevents Iranians from accessing many internet sites on the official grounds that they are offensive or criminal. But many Iranians evade the filter through use of VPN software, which provides encrypted links directly to private networks based abroad, and can allow a computer to behave as if it is based in another country.
"The blocking of the Telegram app should be a way to prevent users from accessing it with VPN or any other software," the semi-official Fars news agency said. Telegram has an estimated 40 million users in Iran.
Iranian officials have been encouraging Iranians to use domestic alternatives to Telegram. The Soroush app was released last month offering most of Telegram's features. But many Iranians are reluctant to use domestic apps, fearing they could be used by security services to spy on them.