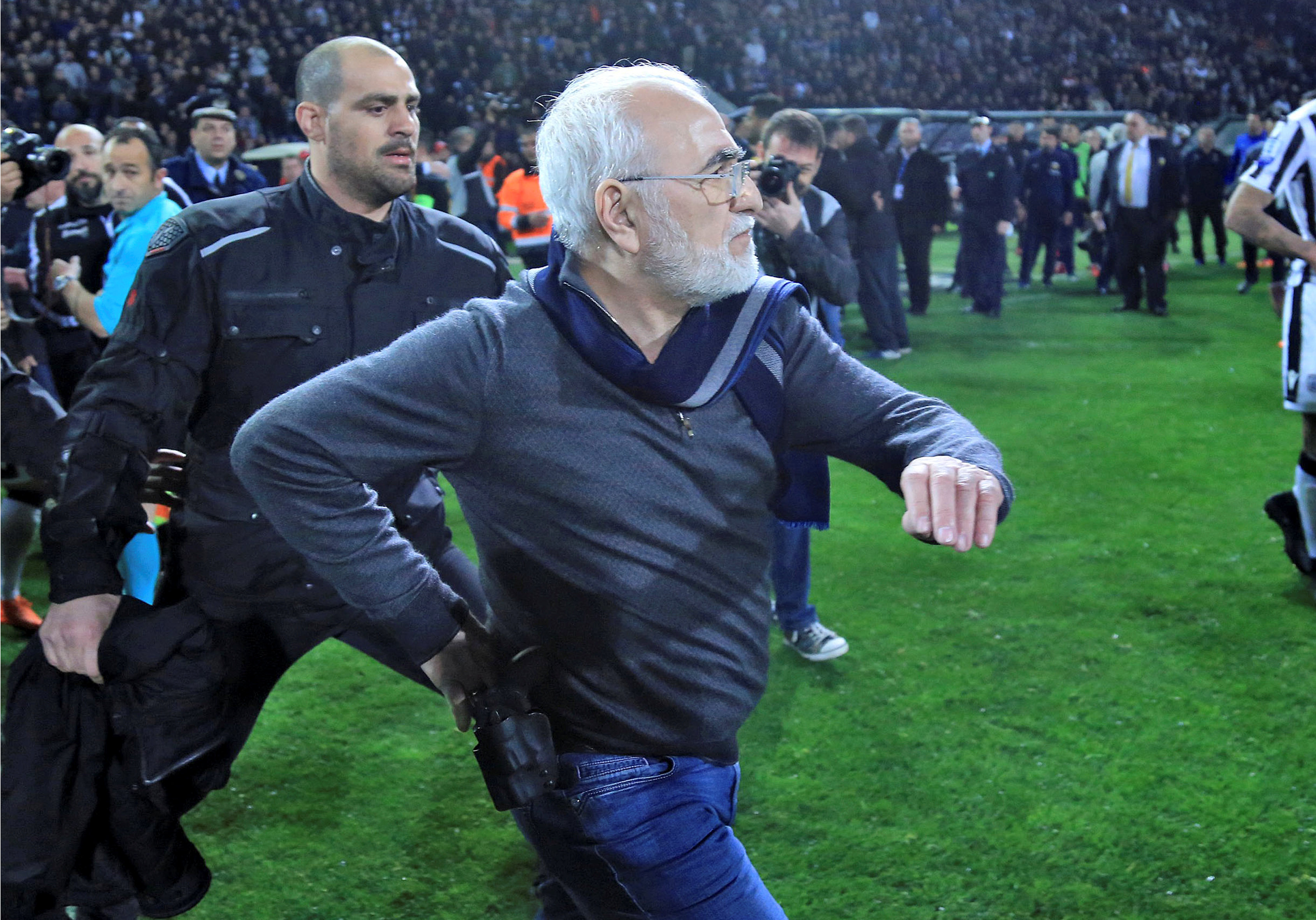 Athens: PAOK Salonika President Ivan Savvides on Wednesday faced disciplinary charges that could lead to a lengthy stadium ban and a points deduction for his team, as world soccer's governing body FIFA warned Greece to act or face potential suspension.
The Georgia-born businessman's pitch invasion with what appeared to be a gun in his belt on Sunday triggered a suspension of football matches in Greece with FIFA urging the country for immediate action.
In a brief statement, the Greek football federation said Savvides had been charged with a series of football code violations, including making threats, which carry a fine and a potential stadium ban of up to five years.
The top division Superleague's disciplinary body will now be responsible for any further action, a league official said.
Savvides' team could also be punished with a points deduction which could put them out of the running for the title which they were competing for before Sunday's match.
The charges were announced minutes before Herbert Huebel, who heads a monitoring committee set up by FIFA last year for Greek football, warned Greece to act or risk a potential soccer 'Grexit'.
"What happened in Greek football to be very polite is unacceptable," Huebel said after meeting Deputy Culture and Sport minister Georgios Vassiliadis and federation officials, adding his report to FIFA and UEFA would not be positive.
"The word Grexit is no more impossible. Greek football is going to an edge," he told reporters.
Greece narrowly avoided a FIFA ban back in 2016 over the government's decision to scrap the Greek Cup following crowd violence.
The country has indefinitely suspended matches after Savvides was filmed wearing a holster which appeared to contain a gun as he strode onto the pitch to protest about a PAOK disallowed goal against AEK Athens at the weekend.
The game was abandoned and later awarded to PAOK 1-0 following the controversial goal which had prompted the initial protests.
Savvides apologised for his actions in a club statement on Tuesday but the European Club Association (ECA) suspended the Greek side as a member with immediate effect.