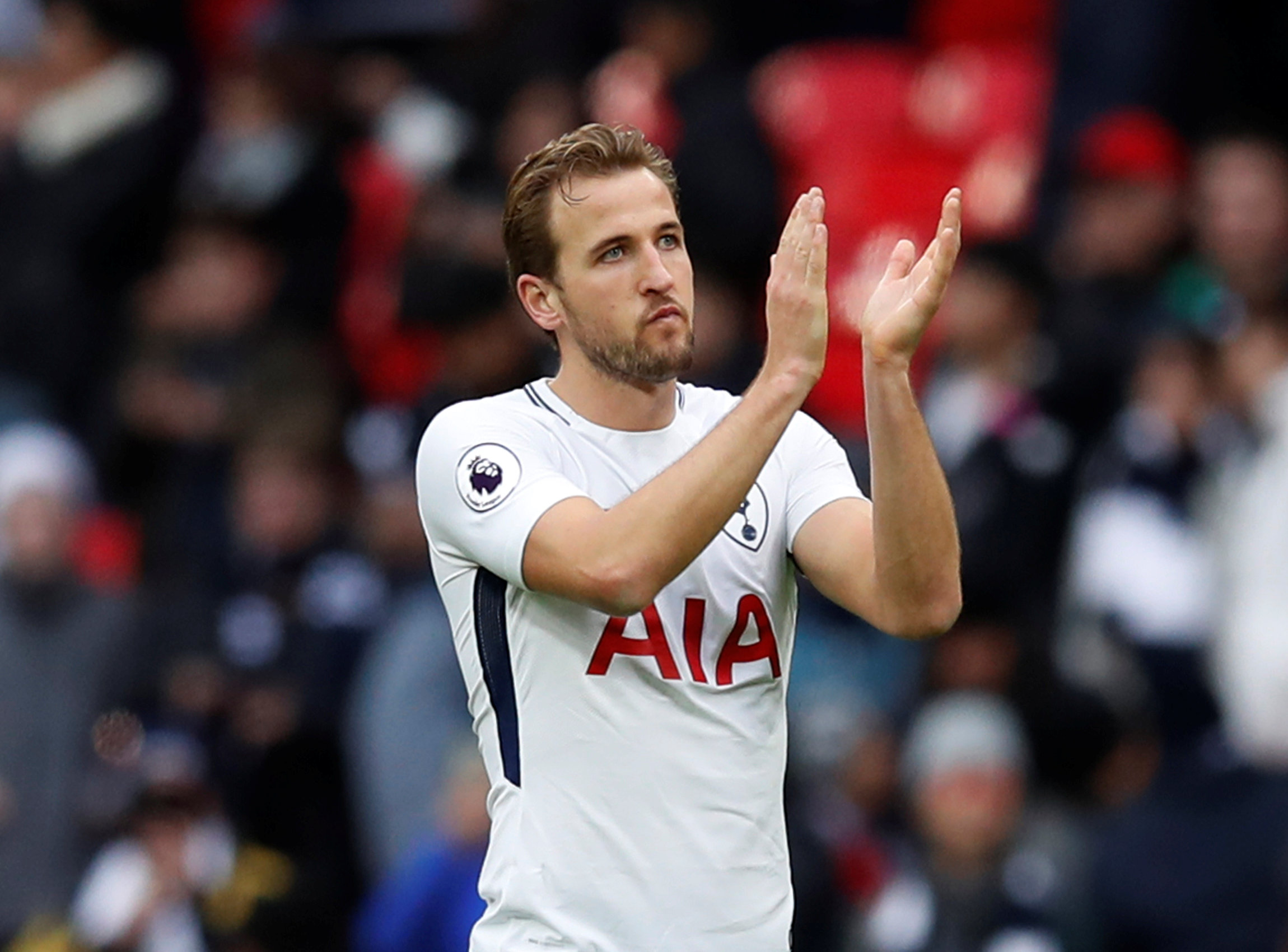 London: Harry Kane said he was delighted to be mentioned in the same breath as Lionel Messi and Cristiano Ronaldo after scoring a hat-trick in Tottenham Hotspur's 5-2 win over Southampton which sent three prestigious records tumbling.
Kane will end 2017 on 56 goals for club and country, the first player outside of Ronaldo and Messi to finish the year top scorer in Europe since 2009.
He also toppled Alan Shearer's 22-year-old record for the most Premier League goals in a calendar year and became the first player to score six Premier League hat-tricks in a year.
"I'm very proud of it. Messi and Ronaldo have dominated football for so long, they're two of the world's greatest players ever," Kane told Sky Sports.
"To even be compared to them, to be up there with those sort of stats is a great feeling. All I can do is use that as confidence going into the new year."
Kane headed in Christian Eriksen's free-kick in the 22nd minute to overtake Shearer's 36 goals in 1995 with Blackburn Rovers, a tally he had equalled by scoring three times in Spurs' 3-0 win at Burnley on Saturday.
Kane slid on his knees on the Wembley pitch after netting the milestone goal while the home fans chanted "Harry Kane: he's one of our own".
"It was hard not to think about it, being level going into the game," Kane added.
"I wanted to win the game but of course I wanted to score as a striker. Getting that record was a great feeling. It has been a fantastic year. To get compared to those players - the Messis and Shearers - is what it is all about."
The double Premier League Golden Boot holder increased Tottenham's advantage by finishing off a sweeping team move with a tap in from close range in the 39th minute, later hitting his second treble in as many games to make it 5-1 with a classy chipped finish over Fraser Forster.
Kane rounds off the year with 39 Premier League goals and 56 strikes in all competitions for Spurs and England. He pledged to try and better his tally in the new year and gave details on how he managed to remain sharp during the busy Premier League winter schedule.
"I've improved physically - recovery for games, getting ready for each game, eating right and ice baths. I feel good and sharp and at my best at this busy period," he added.
"It is always about improving every year. That's what I always have done throughout my career and it is what I will continue to do."
'Magnificent achievement'
Kane was immediately congratulated by Shearer after his milestone first goal of the day.
"You've had a magnificent 2017 @HKane. You deserve to hold the record of most Premier League goals in a calendar year. Well done and keep up the good work," the former England and Newcastle United great wrote on Twitter.
Former England and Tottenham forward Gary Lineker joined in praising Kane with a post on Twitter. He wrote: "He's only gone and done it. First Shearer's record and now Messi's total is surpassed. Well played @HKane. Absolutely magnificent achievement."