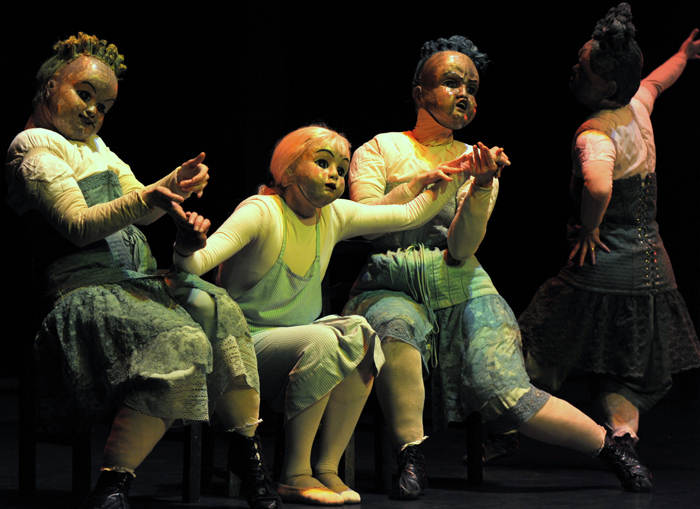 Following the huge success to date of the Legendary 2017-18 Season, December takes us further into ROHM’s wondrous realms of music, dance, and drama. Book your seats for December’s performances at rohmuscat.org.om

THE MOTH PRINCESS
December 9 , 4:00 pm
Inspired by Puccini’s great masterpiece, Turandot, in this engaging opera, schoolchildren participate from the audience, prompting the action with handmade props and singing in Italian, Arabic, and English. Trapped in her cocoon, the Moth Princess represents the cold-hearted Turandot who is motivated by hatred. But through the sacrificial goodness of a courageous prince, the Moth Princess emerges as a beautiful butterfly full of love. This is bound to be one of the most heat-warming and magical productions of the Season.

HOMAGE TO LUCIANO PAVAROTTI
December 14th, 7:00 pm
To mark the tenth anniversary of Luciano Pavarotti’s death, ROHM presents four of today’s best voices in a gorgeous opera gala infused with the spirit of Pavarotti. Accompanied by the Philharmonic Orchestra of Brescia, the leading singers are Sumi Jo, a Grammy Award-winning coloratura soprano and the renowned Italian soprano Fiorenza Cedolins, winner of the 1996 Pavarotti Vocal Competition. They share the spotlight with two exceptionally high-calibre Italian tenors, Francesco Meli and Marcello Giordani. Young singers from the Luciano Pavarotti Foundation round out an unforgettable programme of arias brought to life against a backdrop of exclusive photographs and videos of Pavarotti. ROHM is also hosting an exhibition of iconic Pavarotti memorabilia.

**media[777013]**
AN EVENING OF ROMANTIC ARAB SONGS
December 28th, 7:00 pm
Omani star Salah Al Zadjali will thrill the audience as he sings a series of well-loved songs with an ensemble of twenty-five musicians. He represents the impressive emerging talent of a generation of young Omanis growing up with the Royal Opera House Muscat. The Egyptian star Medhat Saleh will sing famous songs by the legendary Abdel Halim Hafez, as well as popular songs from Mohammad Qandi and Mohammad Fawzi, along with favourite pieces from his own albums.

MARCELO RAÚL ÁLVAREZ
December 31st, 6:30 pm
One of the most important tenors in the world of opera today, the celebrated Argentinian singer Marcelo Álvarez performs at prestigious venues such as New York’s Metropolitan Opera and La Fenice in Venice. He is an acclaimed master of Verdi, with Alfredo in La Traviataas one of his signature roles. Alvarez is also an exciting interpreter of tango and gives new life to traditional Spanish and Italian songs.
-lifestyl[email protected]