Thousands of Indonesians rally in anti-Myanmar protest in Jakarta 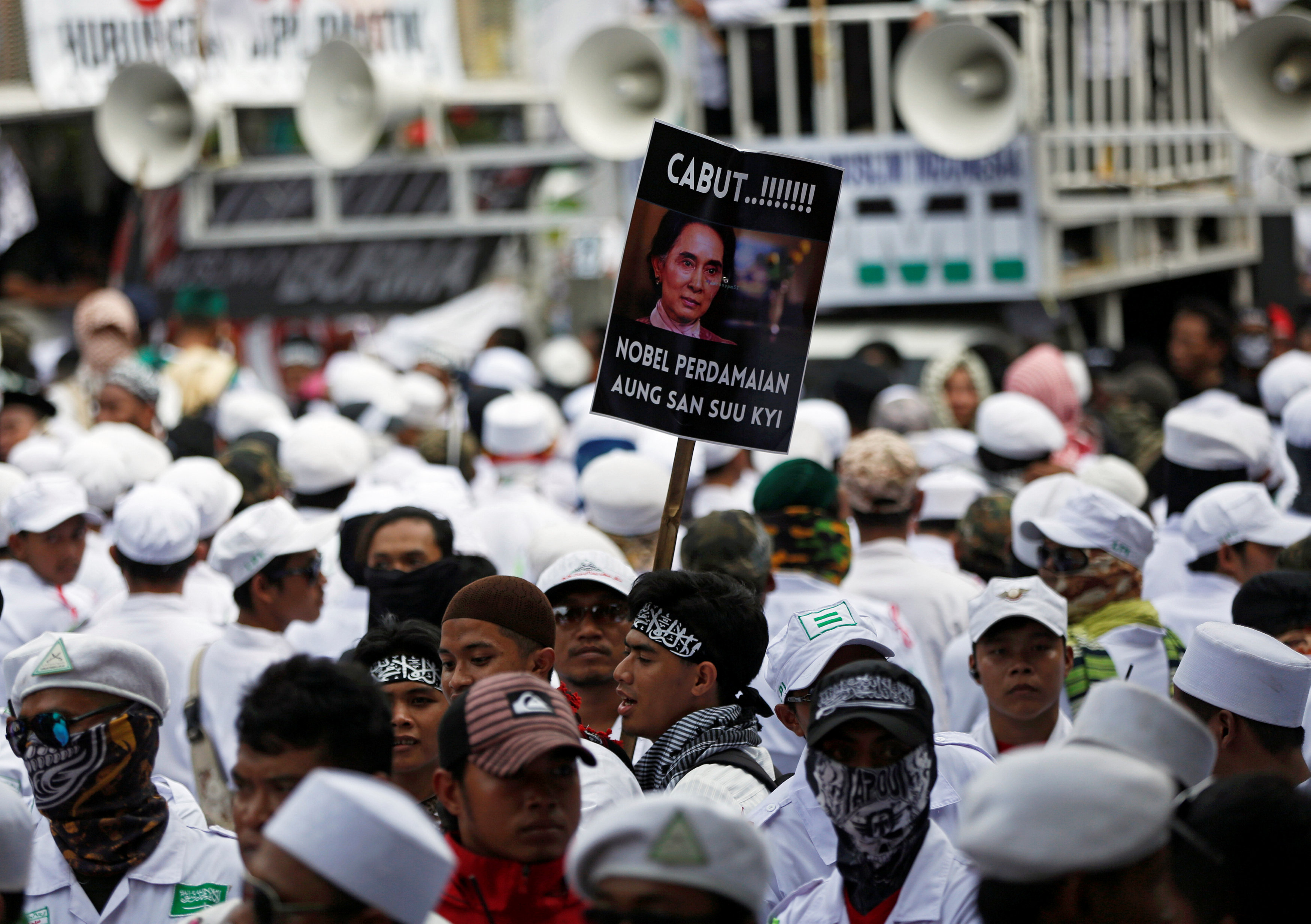 Jakarta: Thousands of Indonesians, led by hardline groups, held a rally near the Myanmar embassy in Jakarta on Wednesday to protest against the treatment of Rohingya Muslims and demand the snapping of ties between the two countries.
Indonesia has the world's largest population of Muslims and there have been several anti-Myanmar protests in Jakarta and the Malaysian capital of Kuala Lumpur over the treatment of Buddhist-majority Myanmar's roughly 1.1 million Rohingyas.
Roads were blocked and barbed wire barriers put up around the embassy, in a leafy district of the capital, which was patrolled by police in riot gear who set up water cannons.
Some protesters chanted sloagns, while others shouted slogans such as "Slaughter Myanmar" and "Burn the embassy".
Buddhists should respect Muslims in Myanmar in the same way that Muslims respected Buddhists in Indonesia, one speaker told the crowd, using a loud-hailer.
Almost 125,000 Rohingyas have been forced to flee clashes between Rohingya insurgents and the army in Myanmar's northwestern state of Rakhine. Tens of thousands have crossed the border into neighbouring Bangladesh.
Indonesian Foreign Minister Retno Marsudi met Myanmar leader Aung San Suu Kyi and top security officials this week to urge a halt to the bloodshed. Marsudi also visited Dhaka, capital of Bangladesh on Tuesday, to offer help in tackling the crisis.
Some protesters at the Jakarta rally called for the expulsion of the Myanmar ambassador over the issue, as well as for diplomatic ties between the two countries to be severed.
Myanmar embassy staff would be safe, however, said a foreign ministry spokesman, Armanatha Nasir.
"It is the responsibility of the host countries to ensure the safety of all diplomatic missions and their personnel," the spokesman said.
"Indonesia takes this responsibility seriously."
At the weekend, a petrol bomb was thrown at the embassy causing a small fire.
Indonesian police have also pledged to bar Islamist groups from staging a rally on Friday at the Borobudur Buddhist temple in central Java to protest against the treatment of Myanmar's Rohingya Muslims.