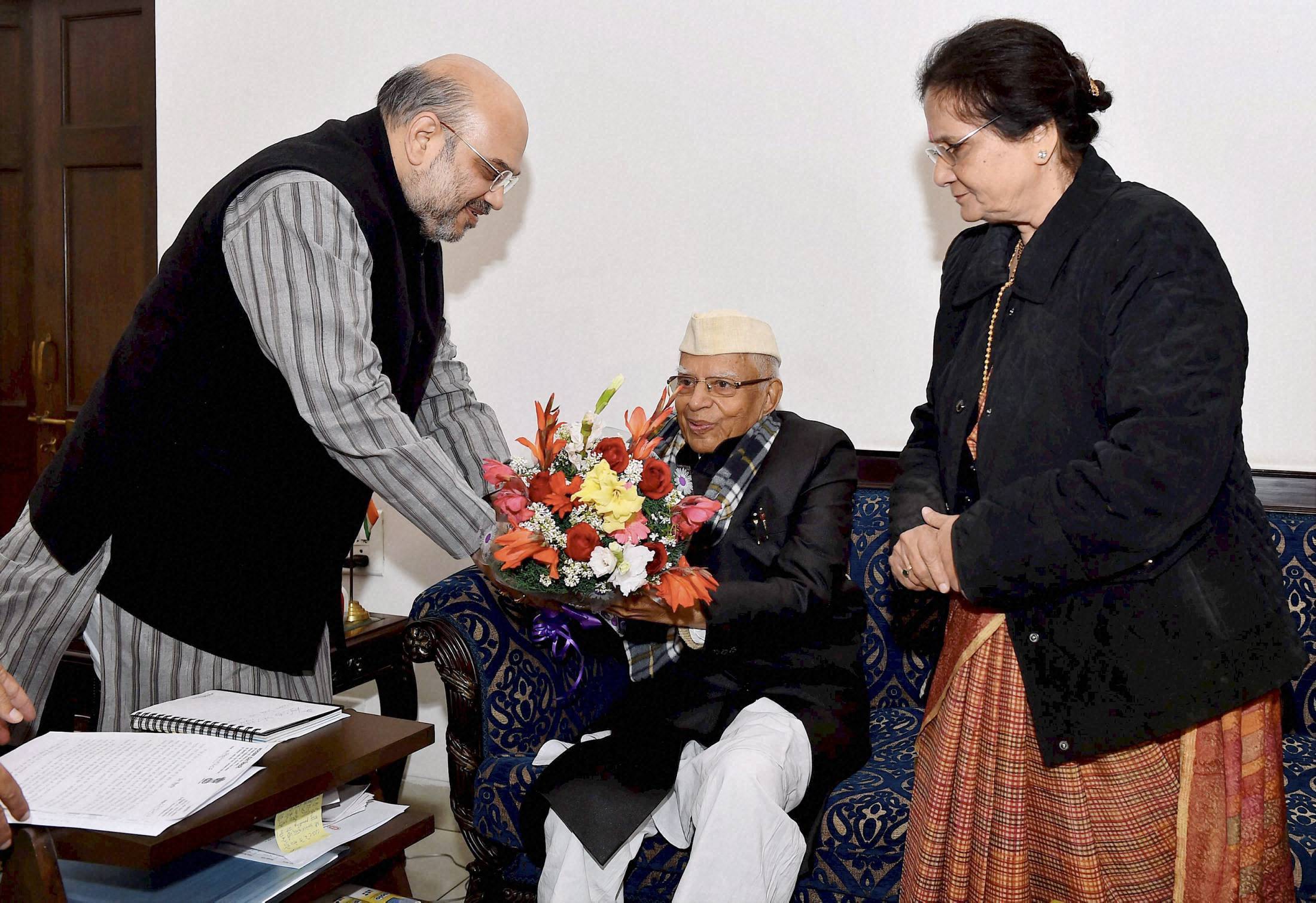 New Delhi: Veteran Congress leader and former chief minister of Uttar Pradesh and Uttarakhand Narayan Dutt Tiwari joined BJP in the presence of party president Amit Shah here on Wednesday.
Though the 91-year-old leader is no longer politically much active, his joining the saffron party is being seen as a boost to it ahead of the Uttarakhand Assembly polls on February 15 due to his vast experience and stature.
He joined the party, along with his son Rohit Shekhar who has been looking to establish himself politically after being united with his father following a long legal paternity battle. Tiwari is among the tallest leaders to have come out of Uttarakhand and was the undivided Uttar Pradesh's chief minister a few times before moving on to become the new state's chief minister.
He remained a Congressman all his life except for a brief period when he, along with several leaders proclaiming allegiance to Sonia Gandhi, broke away to form Congress (Tiwari) when the party was headed by P. V. Narasimha Rao and Sonia had not joined active politics yet.
Congress has been deserted by a number of senior leaders in the hilly state and BJP has awarded many of them with party tickets to contest the Assembly polls. It is yet to announce its nominees for a few seats and it remains to be seen if it accommodates any kin of Tiwari.