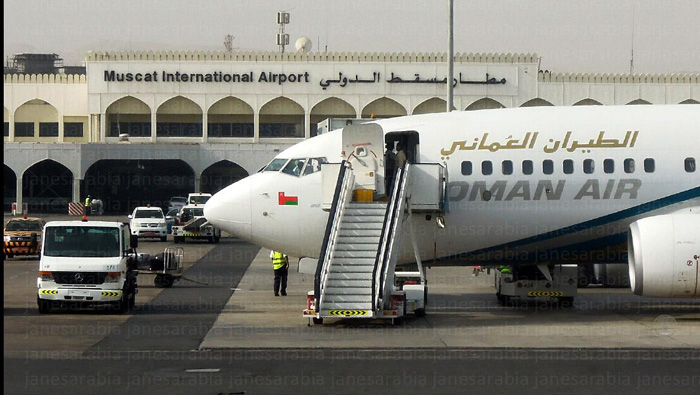 Muscat: Oman Airports Management Company (OAMC) on Tuesday signed a memorandum of understanding (MoU) with DHL Express. Both companies have agreed to discuss cooperation in regards to growing capabilities within the logistics sector across Oman’s airports.
The MoU aligns with OAMC’s objective to facilitate growth of the logistic services industry, which is identified as one of the key contributors in the Sultanate’s economic diversification drive.
“In line with its efforts to diversify the economy, the government of Oman is focusing on a number of key economic sectors. The logistics industry is one such sector, which can play an important role the country given the Sultanate’s ideal geographical position and strong infrastructure base. Stemming from the main role of airports in the strategic logistics plan for Oman, OAMC considered the importance of building a cooperative relationship with one of the leading international players in the logistics industry – DHL Express," said Sheikh Aiman bin Ahmed Al Hosni, chief executive officer of OAMC.
"The cooperation comes as part of OAMC’s commitment to support national strategic plans. Over the coming period, we will implement the memorandum signed today to pave the way for one of the largest logistics centres regionally at the Muscat International Airport," he added.
“Oman’s ideal geographical location covers one of the most important logistics tracks for the movement of trade in the region. In the past few years, Oman has witnessed an unprecedented boom in infrastructure, including roads, airports, and ports, which will play a major role in facilitating international trade movement in the region. Therefore, we are looking forward to being a key contributor in this important period. The memorandum signed with OAMC aims to discuss ways of future cooperation and contribution towards strengthening the logistics plan of Oman," said NourSuliman, chief executive officer of DHL Express Middle East and North Africa.
OAMC, earlier this year, announced its strategy for the coming five years titled ‘Growing gateways to beauty and opportunity,’ which aims for Oman airports to be ranked amongst the top 20 airports in the world by 2020. The memorandum with DHL paves the way for Muscat International Airport to play major role in securing opportunities to support various businesses in Oman.
“We also aim to provide job opportunities for Omani youth in a promising sector, as well as boosting aviation and cargo movement at the airport, which will be positively reflected on Oman as a growing regional logistic center connecting East with the West and North with the South. This MoU also falls in line with the launch of the Oman International Logistics Group, a Government holding company aimed at developing and growing this important sector,” Al Hosni added.
Representing OAMC at the signing ceremony was Sheikh Aiman bin Ahmed Al Hosni, while NourSuliman represented DHL Express Middle East and North Africa.
DHL Express is a leading global company in the logistics sector. DHL offers customers superior service quality in more than 220 countries delivered via over 250 large and mid-jets.
OAMC works in close collaboration with regional and international airlines, as well as relevant government bodies to position Oman as a unique tourist and visitor destination, and is working to enhance the range of facilities and commercial services provided at Oman’s Airports nationwide.