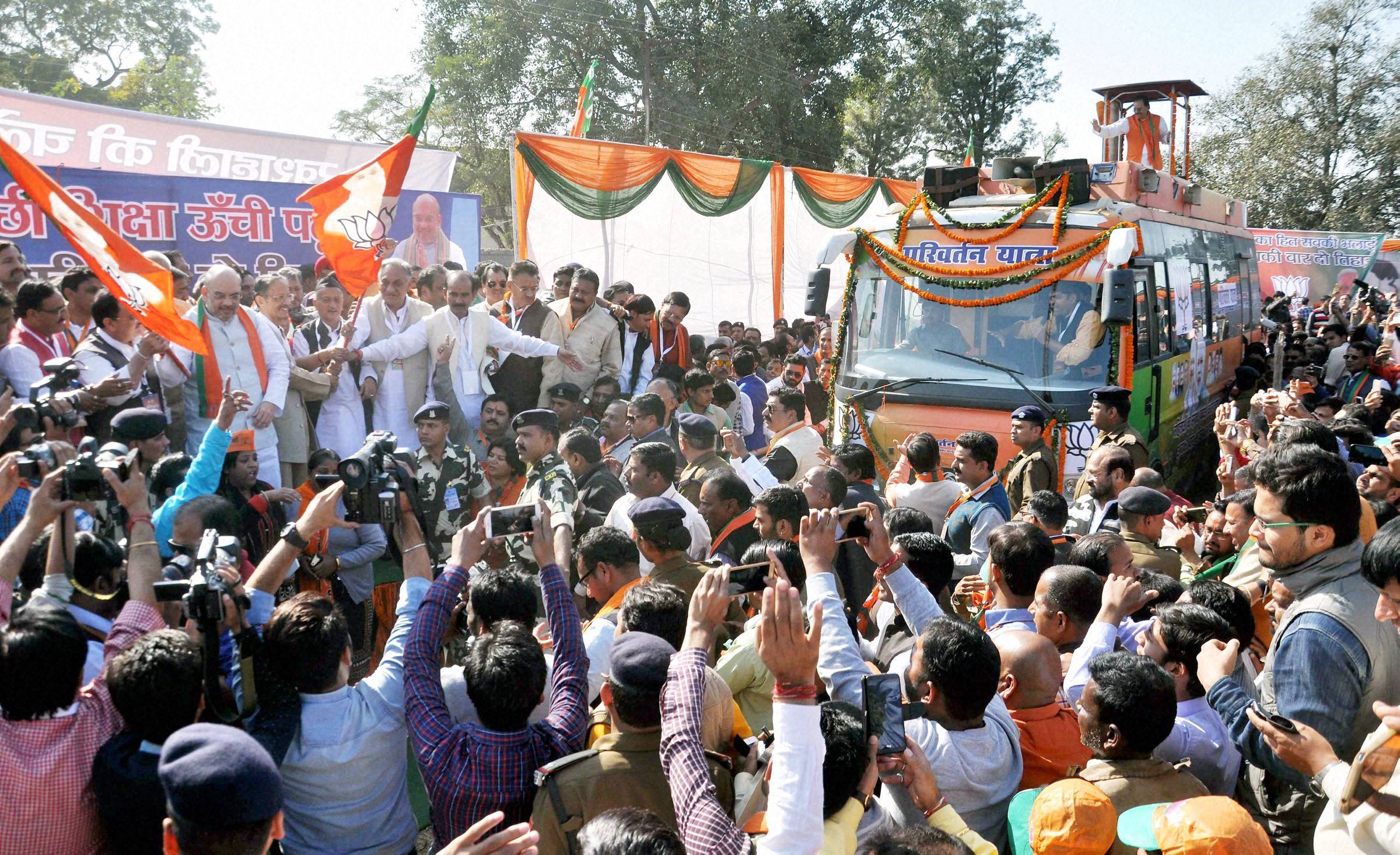 Dehradun: BJP national president Amit Shah on Sunday flagged-off the party's Parivartan Yatra in poll-bound Uttarakhand and appealed to people to overthrow the "corrupt" Congress regime in the state and install a development-oriented BJP government that could fulfill their aspirations.
"In the last five years of Congress-rule the state has only seen unprecedented patronage to mining, land and liquor mafia," he said, before flagging off two buses converted to chariots from a school ground here for the 'yatra' in Kumaon and Garhwal.
The Chief Minister Harish Rawat-led government has "frittered away" the mandate of the people by "indulging in corruption and doing nothing" for the state's development, he said
. "Only a development-oriented government can give unparalleled boost to tourism which is the mainstay of the state's economy," he said in the run-up to next year's Assembly polls there.
Terming Uttarakhand a unique state endowed with rare natural beauty and potential for tourism with centuries-old centres of faith like Badrinath and Kedarnath, he said, "This potential can be realised only when an action-oriented BJP government is installed."
Comparing the present government to a burnt out transformer that is unable to light up people's homes, Shah said, it was time to replace it with a BJP government that could bring to them benefits through central schemes. Blaming the state government for failing to bring around a dozen central schemes, he urged people to dislodge the "corrupt" Congress dispensation in Uttarakhand.
"The state government has eaten-up all the funds sent to it by the Centre over the past two-and-a-half years. Between Rs 600 and Rs 650 billion additional funds were released for Uttarakhand," the BJP national president claimed. "Despite this there is no investment visible on the ground, because all those funds have been sacrificed at the altar of corruption," he alleged.