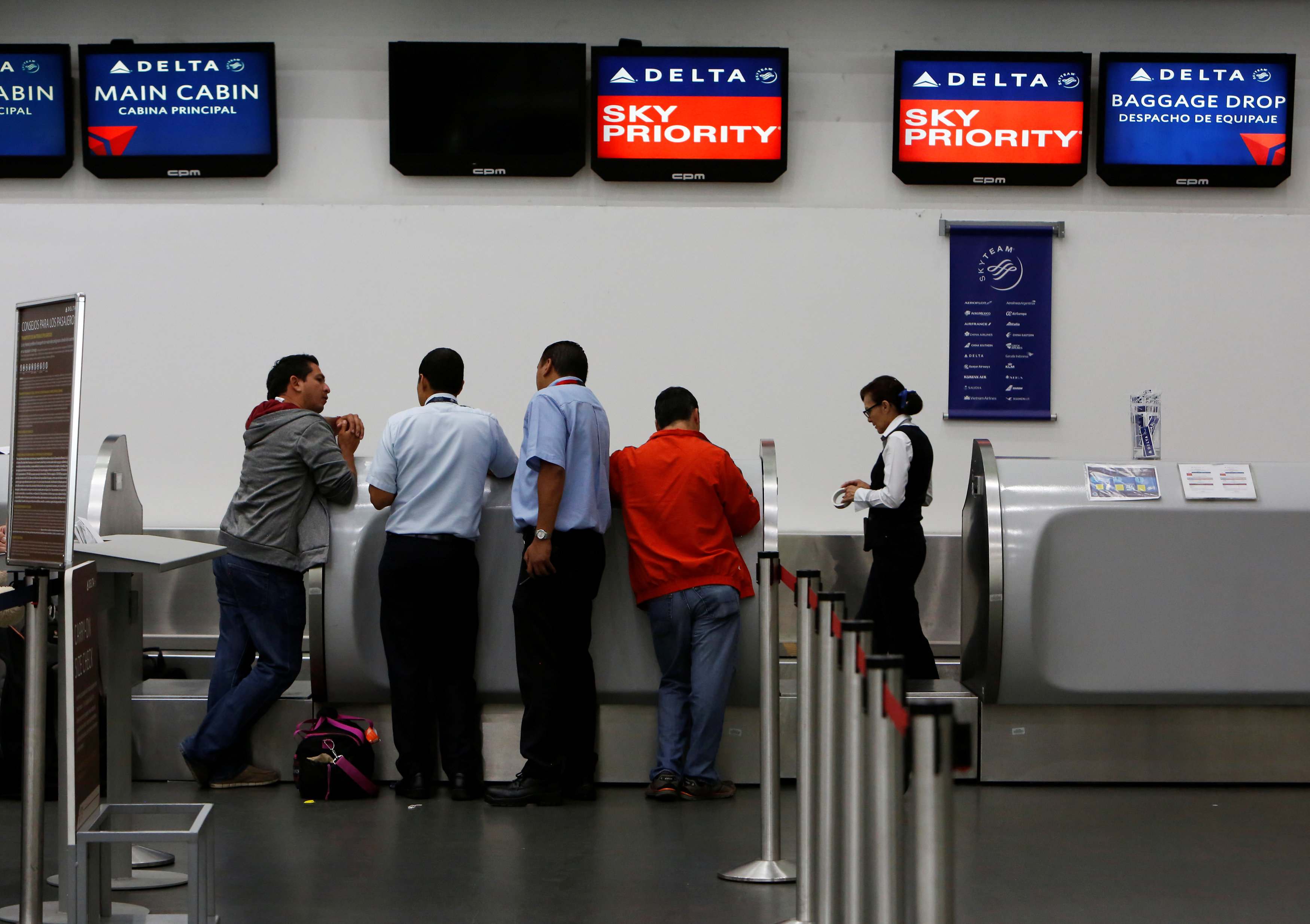 Bengaluru: Delta Air Lines Inc said it was canceling more than 500 flights worldwide on Tuesday as the carrier worked to restore operations after a power outage hit its computer systems on Monday.
The company, which has not yet detailed the financial impact of the outage, said on its website that as of 12:30 p.m. EDT (1630 GMT), it had canceled about 530 flights, while about 1,600 had departed.
Earlier in the day, it has estimated the cancellations at nearly 250.
The company said it would extend through Tuesday a waiver of fees normally collected when travelers change flights.
"Leaders and employees continue to focus on promptly moving departures at the airline's Atlanta hub, the world's busiest," Delta said.
The airline canceled around 1,000 flights on Monday, stranding passengers at airports around the globe.
"We are still operating in recovery mode," Delta, the No.2 U.S. airline by passenger traffic, said on Tuesday.
(http://bit.ly/2aIrQjS) Customers traveling on Tuesday should check the status of their flight at delta.com or the Fly Delta App, the company said. Chief Executive Officer Ed Bastian apologized to customers on a video posted on the company's website and said Delta was working around the clock to restore its systems.
(http://bit.ly/2aCyuSY } The problems arose after a switchgear, which helps control and switch power flows like a circuit breaker in a home, malfunctioned for reasons that were not immediately clear, according to Georgia Power, a Southern Co unit that provides electricity to most counties in Georgia.
Delta said it would provide $200 in travel vouchers to all customers who experienced a delay of more than three hours or a canceled flight.
Shares of Delta were little changed at $37.40 in afternoon trading.
In the past year, rivals Southwest Airlines Co and American Airlines Group Inc have also suffered flight disruptions due to data system malfunctions.