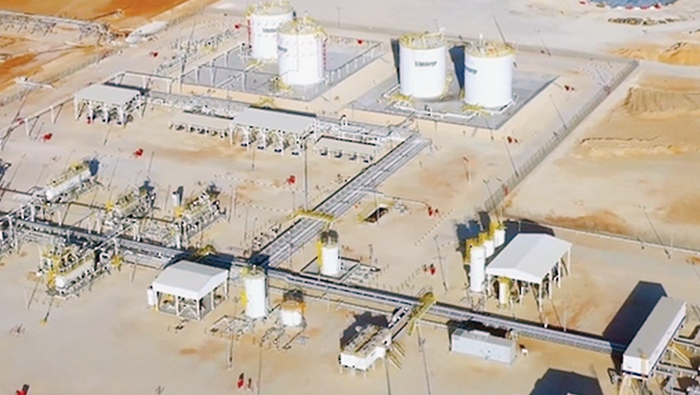 Muscat: OQ Group on Monday celebrated its achievements made by the upstream business of the Group. The ceremony was held under the patronage of Eng. Salim Nasser Al Aufi, Minister of Energy and Minerals, The achievements come as part of the efforts made by the Omani government to diversify economic resources to achieve the objectives of Oman Vision 2040.

Al Aufi said, “OQ Group plays a major role in oil, gas, petrochemical and alternative energy investments. The efforts are in line with the Group’s strategy that aims to diversify its portfolio of investments. We are proud to see OQ’s evolution as a global energy player which is exporting its products to more than 60 countries while applying the highest international standards.”

“OQ Upstream achievements are clearly visible in the increased oil production from its concession areas. This, coupled with proper management of investment partnerships, enabled the Group to increase its daily production to 218,000 barrels per day (bpd). This figure accounts for 12.6 per cent of the Sultanate of Oman’s total oil production, making OQ Group one of the main oil producers,” Al Aufi added.

Talal Hamid Al Aufi, CEO of OQ Group, said “OQ investments portfolio covers oil, petrochemical and clean energy sectors, which enabled the Company to maximise its direct contribution to the national economy and the realisation of the government’s economic diversification objectives as outlined in Oman Vision 2040. OQ’s contribution to the growth of the national economy has also been evident through its support to SMEs, in particular, and private sector, in general, through local procurements in addition to the Group’s wide range of ICV initiatives.”

Talal Al Aufi pointed out that OQ Gas has been successful in delivering the required gas to power plants and factories across the Sultanate of Oman through its 4,100-km network. More than 100 million cubic metres of gas are transported daily to industrial consumers and power plants. Additionally, in recognition of its outstanding performance and for applying the best global standards in asset management, OQ Gas Network has been awarded the ISO 55001 Certificate”.

Ahmed Said Al Azkawi, CEO of OQ Upstream, pointed out that OQ Upstream achievements are important value additions to the efforts made by the Sultanate of Oman, in general, and the Ministry of Energy and Minerals, in particular, to enhance oil production and state revenues from oil and gas reserves.

“They also serve to boost the petrochemical activities, and make the best use of Oman’s natural resources as well as clean energy. These projects come in response to the Royal directives of His Majesty Sultan Haitham bin Tarik to diversify the sources of national income and to enhance the contribution of the energy sector to the GDP,” he added.

“Despite increased production, OQ Group has been able to achieve significant savings in the cost of oil production as a result of using state-of-the-art technologies and the collaboration of efforts by all its staff members. Moreover, significant cost savings have been also made in the joint venture” Al Azkawi furthered.

“As for the ICV, OQ Upstream has implemented a number of initiatives to increase procurement from the local market, maximising gains from oil investments and creating direct and indirect jobs and business opportunities for SMEs.”