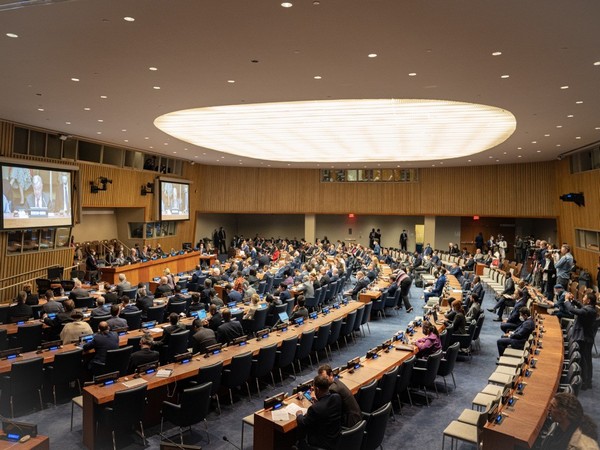 New York: UN Secretary-General Antonio Guterres on Wednesday underlined that hunger levels around the world are at "a new high" and made a call for action to fight the current surge in global food insecurity.

He made the appeal during the 'Global Food Security-Call to Action', chaired by US Secretary of State Antony Blinken in New York. The UN chief said the number of severely food insecure people had doubled in just two years - from 135 million pre-pandemic to 276 million today, with more than half a million experiencing famine conditions - an increase of more than 500 per cent since 2016.

"These frightening figures are inextricably linked with conflict, as both cause, and effect," he said. "If we do not feed people, we feed conflict".

The climate emergency is another driver of global hunger he added, pointing out that 1.7 billion people have been affected by extreme weather and climate-related disasters over the past decade.

Moreover, the COVID-induced economic shock has compounded food insecurity by reducing incomes and disrupting supply chains, leading to an uneven economic recovery. Access to financial markets has been restricted, with some developing States now on the brink of debt default.

Between them, Ukraine and Russia produce almost a third of the world's wheat and barley and half of its sunflower oil. Russia and Belarus are the world's number two and three producers of potash, a key ingredient of fertilizer, UN News reported.

The war threatens to tip "tens of millions of people over the edge into food insecurity, followed by malnutrition, mass hunger and famine, in a crisis that could last for years," warned the UN chief. "High rates of hunger have a devastating impact on individuals, families, and societies," the UN chief emphasized.

In concluding his speech, the UN chief said that the Global Crisis Response Group on food, energy and finance is tracking the impact of the crisis on vulnerable people, identifying and pushing for solutions. "Our only chance of lifting millions of people out of hunger is to act together, urgently and with solidarity," he said.

Describing the current situation as the "greatest global food insecurity crisis of our time," Blinken attributed the emergency to conflict, drought and natural disasters - made worse by the Russia-Ukraine war.

The US State Secretary announced USD 215 million in humanitarian aid to address the global crisis.

"Today, given the urgency of the crisis, we're announcing another USD 215 million in new emergency food assistance. And we'll do much more. We expect our Congress very soon to approve approximately USD 5.5 billion in additional funding for humanitarian assistance and food security," he said.

The Union Minister said that the COVID-19 pandemic and the ongoing conflict between Russia-Ukraine have impacted the developing countries, with spiralling energy and commodity prices and disruptions in global logistical supply chains.

During his speech, Muraleedharan pointed out the Global Report on Food Crises and said 139 million people had suffered across the world from conflict-induced acute food insecurity, up by around 30 per cent reported previously.

He further stated that this situation is a severe issue and it can't be neglected.