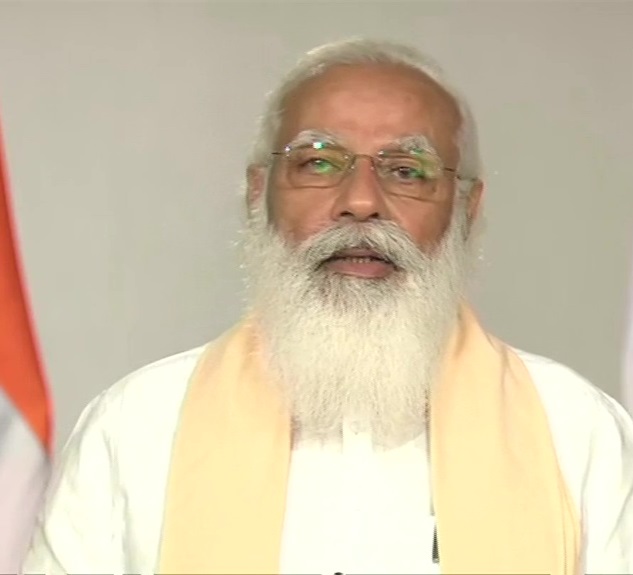 New Delhi: Noting that the surge in COVID-19 cases has led to sharp increase in the demand for oxygen in different parts of the country, Prime Minister Narendra Modi on Tuesday said work to increase oxygen production is taking place at several levels and steps have also been taken to ramp up availability of hospital beds.

In his address to the nation, PM Modi said the work is being made with sensitivity and speed to meet the increased demand for medical oxygen due to second wave of the pandemic. He also said the government has now allowed vaccination for every adult starting May 1.

“The demand for oxygen has seen sharp increase in many parts of the country due to corona crisis. The Centre, state governments, private sector are trying to make oxygen available to all those who are in need of it. Many steps are being taken in this direction,” he said.

“Work is on to increase the number of beds in hospitals. In some cities, large COVID-19 dedicated hospitals are being built,” he added.

“I urge the States to consider lockdowns only as the last option and focus creating on micro containment zones,” he added.

The Prime Minister said he understands the pain of people who have lost their relatives and friends due to the disease.

“I understand the pain you are going through and express my sympathies to the families who have lost their loved ones due to COVID-19.”

He said the challenge before the country is big but “we have to overcome it with our resolve, courage and preparation”.

The Prime Minister said India with two ‘made in India’ vaccines started the world’s largest vaccination programme. “Till now, more than 12 crore vaccine doses have been administered. From May 1, those above the age of 18 years can be vaccinated.”

The Prime Minister had earlier in the day interacted with vaccine manufacturers in the country via video conferencing and urged them to continuously scale up the production capacity to vaccinate people in the shortest possible time. ANI