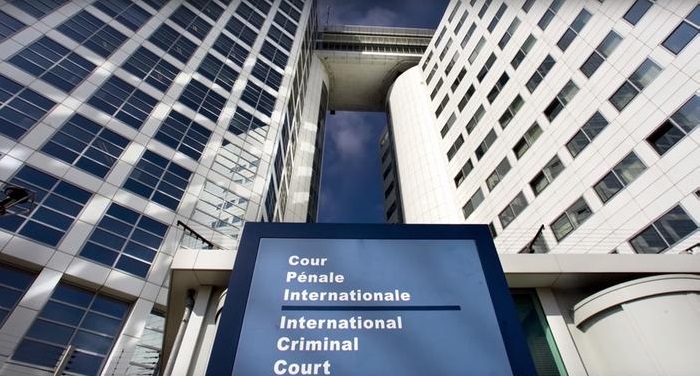 US Secretary of State Antony Blinken announced the decision saying an assessment concluded that the measures adopted by the previous administration "were inappropriate and ineffective."

Why were the sanctions imposed?


The Trump administration had imposed financial sanctions and a US visa ban on the ICC's Gambian-born chief prosecutor Fatou Bensouda last year after she launched an investigation into alleged war crimes committed by American forces in Afghanistan.

The Hague-based court also pressed ahead with an investigation into alleged war crimes in the Palestinian territories by Israel, a US ally.

Angered by the investigations against the US and its allies, former Secretary of State Mike Pompeo denounced the tribunal as a "kangaroo court," accusing the ICC of infringing on US national sovereignty.

Sanctions also targeted Phakiso Mochochoko, head of the ICC's Jurisdiction, Complementarity and Cooperation Division while other court staff were slapped with visa bans.

Biden on Friday revoked the executive order by Trump, terminating all sanctions and visa bans.

However, he added that the United States would "vigorously protect current and former United States personnel" from any ICC attempts to exercise jurisdiction over them.

A move toward cooperation


Blinken said that the United States continued to "disagree strongly" with the court's moves on Afghanistan and Palestine.

"We believe, however, that our concerns about these cases would be better addressed through engagement with all stakeholders in the ICC process rather than through the imposition of sanctions," he said in a statement.

A spokesperson for the ICC said the court and its governing body of member states, known as the Assembly of States Parties, welcomed the move.

Silvia Fernandez de Gurmendi, President of the Assembly of States Parties, voiced hope that the decision "signals the start of a new phase of our common undertaking to fight against impunity" for war crimes.

Lifting of sanctions would contribute to "strengthening the work of the Court and, more generally, to promoting a rules-based international order," she said.

The United States and ICC


The US is not a member of the court and remains out of the Rome Statute that established the tribunal.

While the Democratic administrations have been more supportive of the ICC, there was little prospect of the US joining the court, amid fierce opposition from Republicans.

In 2002, the US Congress even passed a law authorizing military force to free any US personnel held by the court, theoretically giving the president authority to invade NATO ally The Netherlands.