Modi government 'decisive', will fulfil all promises by 2019: Shah 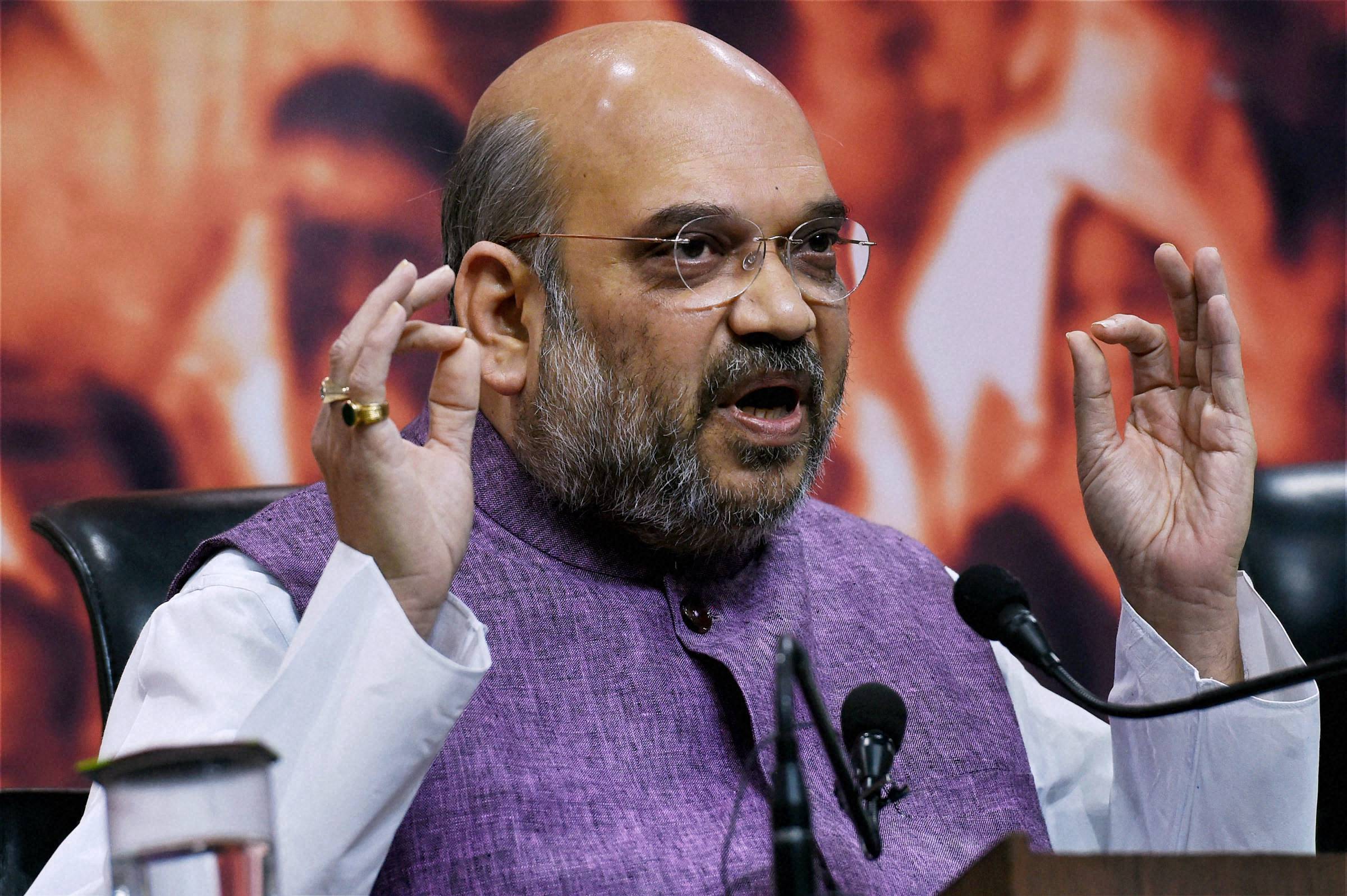 New Delhi: Asserting that the Modi government had infused hope across all sectors with its "decisive" rule, BJP President Amit Shah on Friday said it had laid a strong foundation in its two years and will fulfil all its promises before the 2019 Lok Sabha polls.
"In two years it has laid a strong foundation. In next three years a strong building of development will be raised. I am sure when we go the people again for votes in 2019, we would have fulfilled all our promises," he said. Presenting the government's two-year report card at a press conference here, Shah also pitched the party's "good" performance in the Assembly polls as the people's mandate on rows over Rohith Vemula suicide and Jawaharlal Nehru University issue and took on Congress, saying those who raised them are "nowhere".
Asked if the party had decided to put a stop to controversial issues like ones seen weeks ago over Rohith Vemula's death and the JNU incident, he said, "People have already done it". He noted that the assembly polls were held in the wake of these rows and targeted Congress.
"Those who raised these issues are nowhere," he said, a reference to its poor show.
Referring to a number of assembly polls the party fought under him since it came to power, Shah said people put their stamp of approval on the central government's performance whenever they got a chance as he noted that it formed governments in five states for the first time and preformed better than earlier everywhere.
The Modi government had infused hope across all sectors after, he alleged, the United Progressive Alliance's 10-year-rule left behind empty treasury, policy paralysis, demoralised bureaucracy, despondent masses and a state of hopelessness.
The government has struck a balance between reforms and public welfare and got success, he said. He cited a string of figures, including the highest ever urea and power production, highways construction, Foreign Direct Investment inflow, forex reserve in 2015-16, besides pro-poor and farmers schemes to underline his point.
Starting Saturday, 30 BJP teams, comprising ministers and party office-bearers, will travel across more than 200 destinations to hold events to publicise the government's "achievements".
"We have given a decisive government. A government that can take decisions and has the political will to execute them. After a long time, there is a government like this," he said, adding that it was also a responsive government and cited the NEET's ordinance as an example.
"Modi government has assumed power after the ten years rule of UPA in which scams and scandals ruled the roost. After two years in government, even our opponents have not been able to level any allegation of corruption on us," Shah said.
He also appealed to all parties to support legislations and measures related to the "agenda of nation's development". Amid speculation over a reshuffle in the Union Council of Ministry, he said a decision in this regard will be taken later. When pressed on whether vacancy caused by the exit of Sarbananda Sonowal will be filled, he added that it will be done but date has not been decided.