58 dead in 'barbarous' attack in Niger 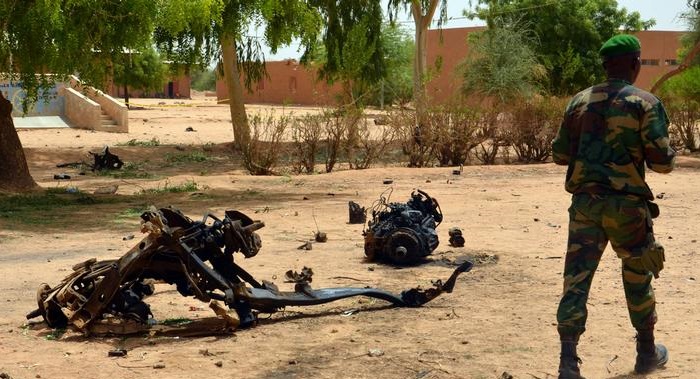 Fifty-eight civilians were killed by gunmen on motorcycles in a volatile corner of Niger, the government said Tuesday.

On Monday afternoon, "groups of armed, still unidentified individuals intercepted four vehicles carrying passengers back from the weekly market of Banibangou to the villages of Chinedogar and Darey-Daye," the government said in a statement read out on public television.

"The toll from these barbarous acts [is] 58 dead, one injured, a number of grain silos and two vehicles burned and two more vehicles seized," it added.

A local resident told the AFP news agency that the raids began with an attack on a bus in which "around 20 people were killed."

Just a few kilometers from the Malian border in the major market town, people were killed while shopping, another resident told AFP.

No one has claimed responsibility for the massacre. The government announced three days of national mourning from Wednesday.


The Tillaberi region, where the attack took place, is located in the "tri-border area" where the frontiers of Burkina Faso, Niger, and Mali converge.

The region is plagued by jihadist activity which is made worse by counterterrorism offensives that help give rise to ethnic militias, analysts say. Particularly near the border between Mali and Niger, intercommunal tensions have been aggravated as a result.

The attack on civilians brought back memories of a massacre that left 100 dead in two villages in January.

The void in security has led to numerous killings in the Tillaberi region. Extremists staged attacks on Niger's military, killing more than 70 in 2019 and more than 89 in Januray 2020.