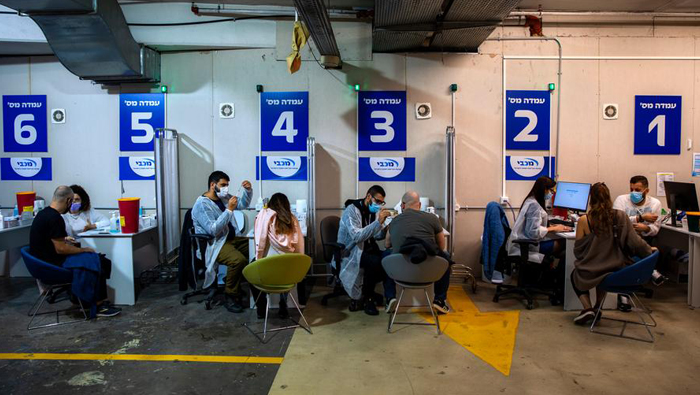 Frankfurt: A large, real world study involving half a million people has revealed that the BioNTech-Pfizer coronavirus vaccine is 94 per cent effective.

The paper was published in the New England Journal of Medicine on Wednesday and involved studying 1.2 million people during Israel's mass inoculation campaign.

What did the study reveal?


The study showed that two shots of the BioNTech-Pfizer vaccine cut symptomatic COVID-19 cases by 94 per cent across all age groups, while a single shot was 57 per cent effective in protecting against symptomatic infections after two weeks.

The vaccine also proved 92 per cent effective at preventing severe illnesses after two shots and 62 per cent after one, the peer-reviewed study found.

The results of the study were close to those in last year's clinical trials for the Pfizer-BioNTech vaccine which found two doses to be 95 per cent effective.

It showed that there could be a strong protective benefit against infection, a factor that is considered crucial in breaking onward transmission.

How was the study conducted?


The study was led by researchers from the Clalit Research Institute and Ben-Gurion University of the Negev in Israel, along with Harvard University in the United States.

The research was conducted between December 20, 2020 and February 1, 2021, when the British variantof the coronavirus was spreading in Israel.

The study compared nearly 600,000 people aged 16 and above in Israel's biggest health care organization who were given the Pfizer-BioNTech doses in December or January to an equal number of people of similar age, sex and health who did not receive the shot.

None of the participants had contracted the virus in the past.

The outcomes were then recorded at days 14-20 after the first shot and day seven or later after the second.


Senior study author Ran Balicer said the results showed the BioNTech-Pfizer vaccine is "extremely effective in the real world" after the second dose.

"We were surprised because we expected that in the real-world setting, where cold chain is not maintained perfectly and the population is older and sicker, that you will not get as good results as you got in the controlled clinical trials," Balicer told Reuters news agency.