New deal aims to forget Greece, not forgive it 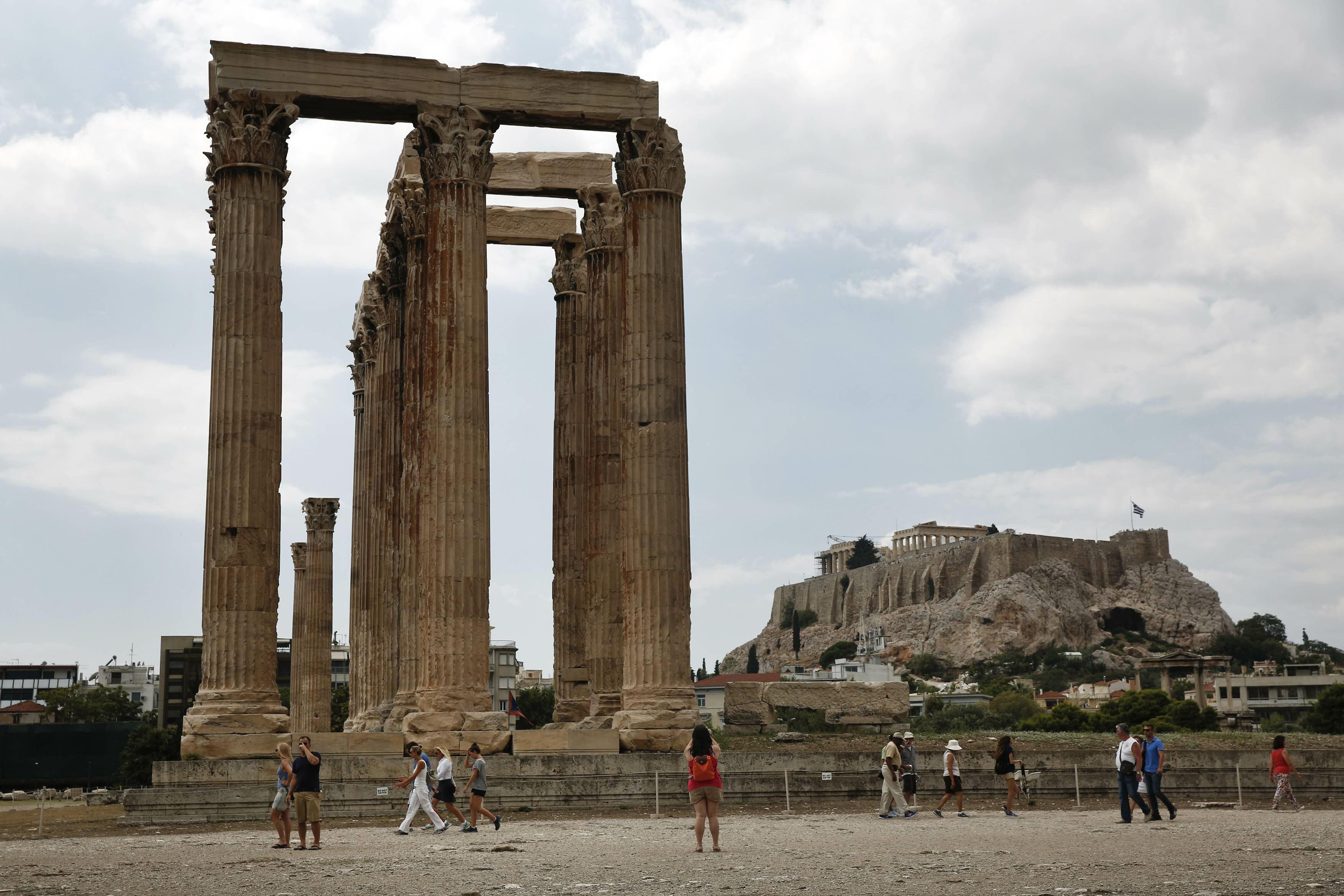 The International Monetary Fund and European finance ministers hailed their new agreement on Greece as a "major breakthrough." In reality, it's the beginning of a permanent fudge designed to make the intractable Greek problem a political non-issue for Greece's EU partners and reduce the financial and reputational risk for the IMF. It's the equivalent of canceling visitation hours for a ward where a patient languishes on life support. Since Greece agreed to an 86 billion euro ($95.8 billion) European-sponsored bailout last July, the IMF has been screaming about the nation's debt being unsustainable. It has refused to participate in the bailout unless Europe agreed to reduce the debt, creating political problems for European governments that championed the bailout, especially Germany's. Voters in Germany don't want to be stuck footing the bill for another country that can't get its act together. Germany's government can't afford to alienate voters in the run-up to the 2017 general election. Besides, voicing doubts about the deal's viability are unwelcome while the European Union project itself is under attack from Brexiters in the U.K. and right-wing populist parties on the continent. The IMF has its own reasons to call for Greek debt restructuring loudly and publicly. Greece owes some $14 billion to the fund, and it's a relatively expensive and burdensome debt. The IMF is worried about Greece's ability to repay and wants Europe to refinance the obligations, otherwise its leadership, too, is politically exposed: Developing nations cannot understand why the IMF has been so generous to Greece and suspect a pro-European bias. It is politically impossible for the IMF to be the first to provide the debt relief that it insists Greece needs -- and write off some of its own loans, as former IMF official Ashoka Mody recently suggested. The Europeans want the IMF on board and making fewer noises -- as it did with its widely cited recent report calling for drastic debt reduction -- at least until the next German general election. As Dublin-based economist Constantin Gurdgiev put it in a blog post: Everyone -- from the Greeks to the Eurocrats to the insane-asylum patients -- knows that Greece is insolvent and that any deal absent massive upfront commitments to debt writedowns is not sustainable. However, if the IMF joins the group of the reality deniers, then at least pro forma there is a claim of sustainability to be had. Europe is not about achieving real solutions. It is about propping up the PR facade. In return for its imprimatur, the IMF wants Europeans to guarantee the repayment of what Greece owes it, including the $1.7 billion coming due this year. As a result of the latest deal, both parties got what they wanted, sort of. The Eurogroup -- the euro area finance ministers' club -- agreed to consider Greek debt reduction after the current bailout ends in 2o18, including the possibility of "early partial repayment of existing official loans to Greece," which would include IMF loans. Dutch Finance Minister Jaroen Dijsselbloem, who heads the Eurogroup, explained that this could be done with about 20 billion euros that had been earmarked, but not used, to recapitalize Greek banks. The Europeans also agreed to release the next 10.3 billion euro tranche of the bailouts in several disbursements over the course of the year, eliminating any threat of delays in 2016 IMF repayments. Having received these promises, the IMF backed off its previous demand of an immediate decision on debt reduction and promised to participate in the current bailout, pending the approval of its management board. Everybody's happy: Political risks have been minimized for the immediate future, and no specific commitments have been taken on -- the parties merely agreed to work together as partners, not adversaries. But what of Greece itself? To secure the next bailout tranche, its parliament has had to pass a number of tax hikes, increasing the value-added tax and levies on fuel, tobacco and Internet usage. Earlier, it had approved pension cuts. The new privatization fund required by the bailout deal has also been legislated. The leftist government of Alexis Tsipras is pushing through all these measures against his own will, just to keep the money coming. The liberal reforms demanded by the creditors are reluctant and inefficient. Former Belgian Prime Minister Guy Verhofstadt tweeted on Wednesday: Greece has not been performing well economically since the bailout. Though the Bloomberg consensus forecast predicts a 0.7 percent drop in economic activity this year and the European Commission forecasts a 0.3 percent drop, in the first quarter of this year, Greece's gross domestic product shrank 1.2 percent. Unemployment is stuck above 24 percent, as it has been since the deal. Tax collection has improved somewhat, but government spending has grown faster. The trade balance hasn't improved. There is no evidence that any kind of recovery is starting and that Greece will be able to sustain itself without further aid after 2018. The truce between the Eurogroup and the IMF, however, means that even in the likely event that Greece will need more money in 2018, that will become the subject of public debate after the German election, and the debate will be quieter than last time because it will be a matter of refinancing and rolling over previous loans. The end result of Wednesday's breakthrough is not debt forgiveness for Greece; it's the beginning of its relegation to the status of a chronic half-forgotten problem. Like a brain-dead relative hooked up to machines in a hospital somewhere, Greece will continue barely breathing because no one wants to pull the plug -- but neither is anyone interested in arguing out treatments by the bedside. - Bloomberg View