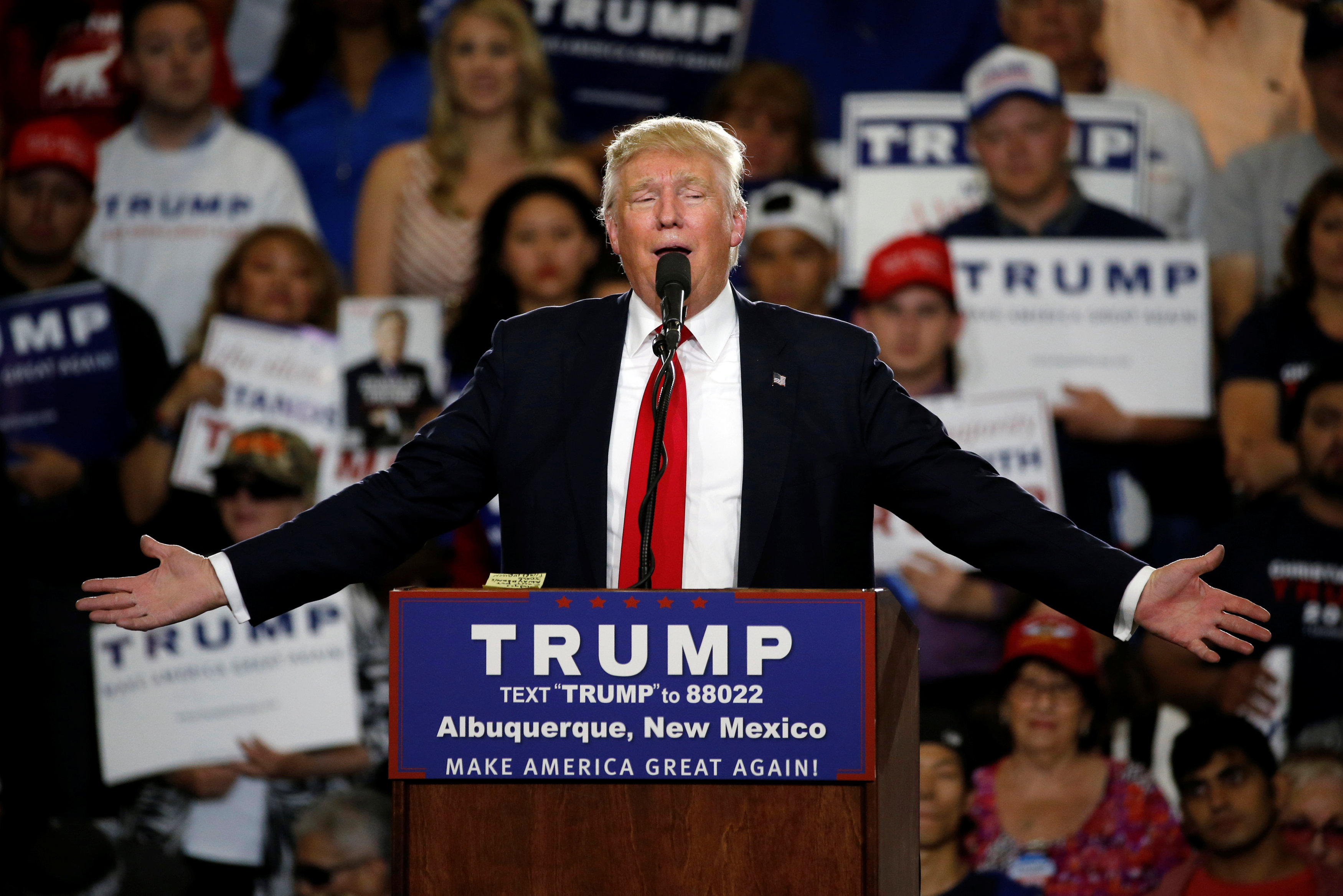 Let’s say Donald Trump manages to romp his way to the White House in November. The New Yorker’s Adam Gopnik paints a dire picture of what will follow: “If Trump came to power, there is a decent chance that the American experiment would be over. This is not a hyperbolic prediction; it is not a hysterical prediction; it is simply a candid reading of what history tells us happens in countries with leaders like Trump.”
Gopnik goes on to assure us that “Countries don’t really recover from being taken over by unstable authoritarian nationalists of any political bent, left or right -- not by Peróns or Castros or Putins or Francos or Lenins or fill in the blanks. The nation may survive, but the wound to hope and order will never fully heal.”
I don’t think I can be accused of being a Trump apologist; I’ve written a lot of words about the man, few of them kind. Nonetheless, I find Gopnik’s essay to be, well, a bit hyperbolic.
Take the notion that countries don’t recover from unstable authoritarian nationalists. It sounds true, because it seems as if it ought to be. But Gopnik fails to marshal much evidence.
The countries he names had big institutional problems before the dictators arrived and big problems afterward, so it’s hard to say that the one caused the other. History -- even of large, prosperous nations -- is littered with unstable authoritarian nationalists, or their smaller-scale equivalent. Precious few are the countries that have not, at one time or other, been ruled by fiercely tribal autocrats with weak administrative skills and size-12 egos jammed uncomfortably into size-4 souls. If your country ever had a monarchy, you can look down the list of kings and pick out your own candidates.
Maybe Gopnik only refers to modern countries? Or perhaps he means that countries require some sort of hard reset after a dictatorship, or that the wounds take a long time to heal? But some countries seem to have transitioned to democracy all right without a “hard reset,” and saying “these things take time to recover from” weakens Gopnik’s statement to the trivial argument that history has consequences.
Moreover, the “modern times” restriction makes it hard to generalise, simply because there just aren’t that many modern democracies around, or enough years of history to study from them. Even then, it seems like a stretch to say that a place like Chile has “never recovered” from a loathsome dictatorship. Chile had a largely peaceful transition back to democracy in the late 1980s, as did South Korea around the same time. I’m sure that psychic scars linger, but are they really worse than, say, the psychic scars of our own Civil War which involved, let us not forget, a certain amount of liberty-taking with constitutional rights?
And that assumes that Trump, having taken power, would turn into a Peron or a Lenin, and not, say, just a bad president. Leave aside for now the argument over whether he has genuinely scary-dictator instincts (I see worrying signs that he does, but this is unprovable until he tries to do scary-dictator things rather than just talk about them).
There are two stages to becoming a scary autocrat. First, you have to get into a position to seize power. The most traditional routes are the military (a task for which Donald Trump’s bone spurs left him tragically disqualified), or winning elected office to abolish or corrupt the electoral process. The former route has its risks, but once you’ve safely arrived in the presidential palace, it’s pretty easy to dispense with democracy, since you have all the guns. The latter route means you need the rest of government, including all the folks with guns, to go along with you.
This certainly does happen, even in countries that have been practicing democracies for a while. But it’s by no means a given. Franklin D. Roosevelt took a certain amount of constitutional liberty with his wackier notions, and when the courts pushed back, he hit on the scary idea of basically throwing out some Supreme Court justices and replacing them with others who would rubber-stamp his policies. (The phrasing was nicer than that, but this was the basic idea, and just the sort of first step that dictators like to take toward cementing themselves as Autocrat for Life). FDR’s own party rebelled, but the Supreme Court began cooperating, too.
There were also civil liberties violations under FDR, notably the internment of the West Coast Japanese population. But while these were appalling abuses, and a stain on the national honour, they are within the (unfortunately) normal range of government behavior in your ordinary, middling-decent democracy of the era.
So the question is not just whether Trump wants to be a dictator, but what the other branches of government will do if he tries to actually become one. I don’t just mean Congress and the courts; I mean “will the bureaucrats of the civil service follow his orders, and will the people with guns agree to go out and arrest his enemies?”
There’s clearly a portion of the electorate that thrills to the more authoritarian and violent parts of his message, and presumably some of those folks are in the military and the civil service. But I’m still fairly confident that the FBI is not, say, going to start tapping journalists’ phones to find out if they’re making fun of president Trump’s comb-over, or disappearing the ones who do.
I worry more about Silvio Berlusconi-style corruption and abuse of regulatory agencies, an impulsive foreign policy that could lead us into open conflict with a nuclear-armed power, and executive-power overreach. I also worry about simple incompetence, given how uninterested Trump seems to be in policy. All-out dictatorship is pretty low on the list, because American institutions do not seem weak enough to allow it.

That doesn’t mean they never will be. The less people identify with the nation, and the more they identify with some tribe within it, the easier it is to get your faction to make total war on the opposition. But I don’t think we’re quite ripe for the plucking by some would-be autocrat. If Trump’s presidency leads into dictatorship, it is more likely to be as the harbinger of doom than the bringer of it.