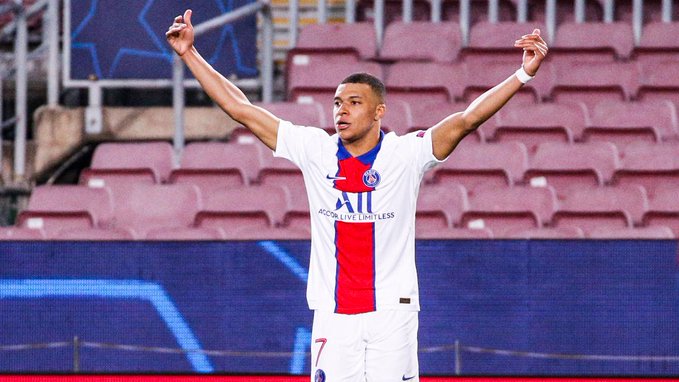 Barcelona: Kylian Mbappe's hat-trick powered Paris Saint Germain (PSG) to a 4-1 win over Barcelona in the first leg of their Champions League last-16 tie on Wednesday.

Barcelona had the better of the early stages with Keylor Navas thwarting Antoine Griezmann before Lionel Messi opened the scoring in the 27th minute from the penalty spot after Frenkie de Jong was tripped by Layvin Kurzawa.

Paris responded emphatically as Mbappe thumped in the equaliser, and Mauricio Pochettino's men would have led at half-time had Marc-Andre ter Stegen not denied Kurzawa.

Mbappe swept home his second after Alessandro Florenzi burst in behind the home defence, then Moise Kean headed in a Leandro Paredes free-kick to put the visitors in a commanding position.

Mbappe completed his hat-trick in the 85th minute, sealing a sumptuous win for his side. Mbappe's triple strike took him past Pauleta as the third-highest scorer in PSG history on 111 goals. "@KMbappe tonight becomes the 3rd highest scorer in the history of Paris Saint-Germain!" PSG tweeted.

PSG and Barcelona will take on each other in the second leg on March 11.