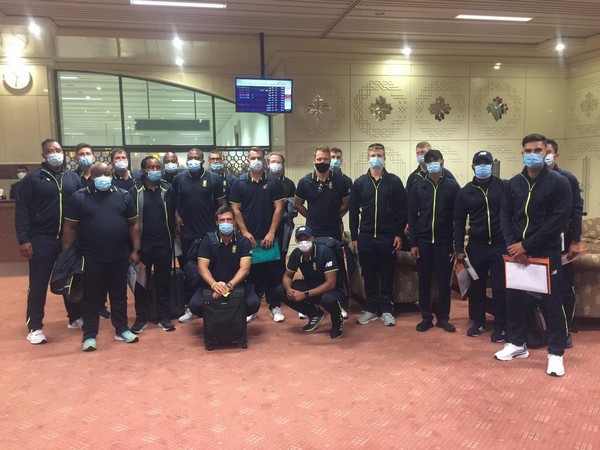 Lahore: Ahead of the T20I series against Pakistan, South Africa T20I squad arrived "safe and sound" in Lahore on Wednesday.

"Touchdown Lahore! Your #Proteas T20 squad has arrived safe and sound for the series against Pakistan," Cricket South Africa tweeted.

For the first time, Heinrich Klaasen will captain the Proteas' T20I squad in the three-match series against Pakistan in Lahore from February 11-14.

South Africa are currently playing a Test against Pakistan. The hosts won the first Test and the second Test will be played from Thursday in Rawalpindi.

The strategy forms part of the measures put in place by CSA to ensure that the Test squad, captained by Quinton de Kock, can return to South Africa and satisfy the overseas travel COVID-19 quarantine protocol ahead of that team's three-match Test Series against Australia.

The T20I squad boasts several new faces as the Proteas continue to rebuild after the losses of numerous players to retirement in recent times.

Okuhle Cele, Ryan Rickleton, and Jacques Snyman received their maiden national team call-ups while Glenton Stuurman returned to the national team after a left quadriceps muscle strain saw him released from the Test squad ahead of the start of the second match against Sri Lanka.

Dwaine Pretorius, Tabraiz Shamsi, Lutho Sipamla, and George Linde from the Test squad have also been included in the T20I fixtures. They, along with Andile Phehlukwayo, Reeza Hendricks, and Jon-Jon Smuts, will offer the required experience that the predominantly youthful squad will require to excel in Lahore.