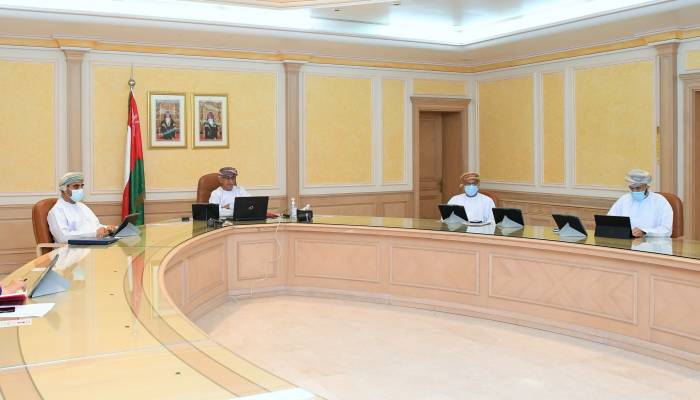 Muscat: The Sultanate, represented by the Ministry of Health (MoH) took part in the extraordinary virtual meeting of the ministers of health of the Gulf Cooperation Council (GCC) on Thursday.
In the meeting, discussions were held on the early health warning system guideline adopted by the Supreme Council for the GCC countries.

Furthermore, the meeting highlighted the decision of the Supreme Council on establishing the Gulf Centre for Disease Prevention & Control, which will be under the umbrella of the Gulf Health Council for the GCC region.

The meeting aimed to accelerate the implementation and follow-up of the decisions of the 41st session of the GCC Supreme Council (Sultan Qaboos and  Sheikh Sabah Summit) held at Al-Ula city, Saudi Arabia this month.

The extraordinary meeting reviewed the contents of the closing statement of the Supreme Council, particularly the decisions with regard to the health field including the development of the GCC general framework of the public health plan for emergency preparedness and response.

The Supreme Council of the GCC leaders has approved the general framework of the plan and assigned the concerned authorities in the GCC countries to implement this plan by cooperating and coordinating with the health ministries.

It is worth mentioning that, Al-Ula Declaration underlined strengthening the role of this Centre to coordinate the joint Gulf action to confront the Covid-19 pandemic and other epidemics.

At the end of the Sultan Qaboos and Sheikh Sabah Summit, the Supreme Council had directed to complete monitoring and documenting the efforts of the GCC countries to tackle the COVID-19 pandemic and to develop an electronic database to document these efforts.

The closing statement of the Supreme Council stressed that the challenges faced by the region require strengthening the cooperation and partnership relations, as well as scaling up the coordination level in all fields including the health field with all countries and active regional and global systems. The closing statement also focused on the implementation of the joint action plans as scheduled for the benefit of the GCC citizens, and to enhance the international standing of the Cooperation Council and its role in the regional and global issues.

The GCC Supreme Council expressed its thanks and appreciation for all efforts made by the concerned authorities in the GCC countries and to the frontline health workers and volunteers to confront COVID-19.

The Council appreciated the commitment of the GCC citizens and residents and their response to the instructions and precautionary measures to reduce the effects of the pandemic.