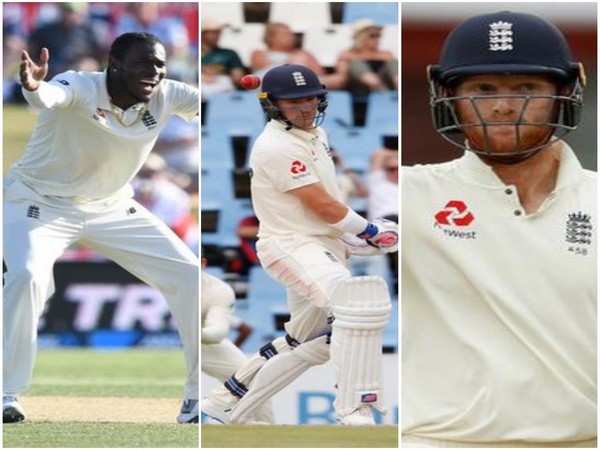 Chennai: England pace spearhead Jofra Archer, batsman Rory Burns and all-rounder Ben Stokes will begin their training on Saturday at the MA Chidambaram Stadium for the upcoming first Test against India slated to be played from February 5.

While England's touring contingent arrived in Chennai on Wednesday and are undergoing quarantine, Stokes, Archer, and Burns touched down in India earlier just as their teammates were wrapping up the 2-0 Test series win Sri Lanka. The trio will practice in the morning for the next three days to get into the groove ahead of the four-match Test series.

"Three players from the England touring party are set to train this morning at the MA Chidambaram Stadium. Jofra Archer, Rory Burns, and Ben Stokes," said England and Wales Cricket Board (ECB) media team on Saturday.

"The first group of players - Archer, Burns, and Stokes - will practice each morning for the next three days. They are limited to a two-hour session," it added.

Meanwhile, the entire visiting contingent has detected negative for coronavirus in their second PCR COVID-19 test done on Friday.

The first Test of the four-match series will begin at the MA Chidambaram Stadium from February 5 while the second game will be played at the same venue from February 13.

Earlier, ECB clarified that Jonny Bairstow will return for the third and fourth Test after assistant batting coach Graham Thorpe said the batsman will join the squad following the first Test.

"To clarify, the plan is still for Jonny Bairstow to return for the third and fourth Test and not the second Test. Along with Sam Curran and Mark Wood," the ECB media team said after Thorpe's comments.

India and England are set to lock horns in four Tests, three ODIs, and five T20Is. After the first two games in Chennai, the cricketers will move to Ahmedabad for the third and fourth Test.