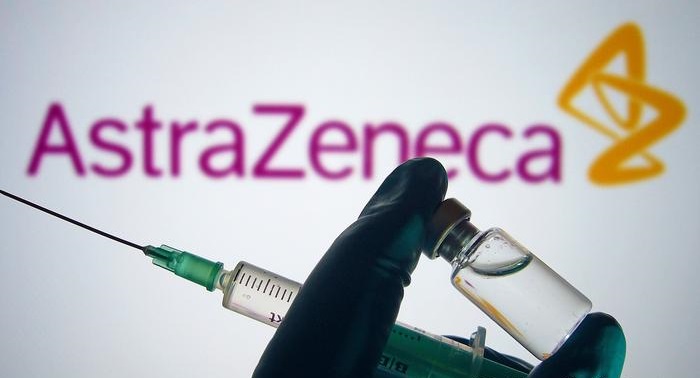 Acting on the EMA's recommendation, the European Commission then gave the vaccine its final approval for use in the 27-member bloc.

Clinical trials showed that the vaccine "was safe and effective at preventing COVID-19 in people from 18 years of age," EMA said.

The EU body also noted doubts about the product's effectiveness among more mature patients. However, EMA experts predicted that "the vaccine can be used in older adults," would be safe to administer and would provide some protection to people over 55.

"There are not yet enough results in older participants to provide a figure for how well the vaccine will work in this group. However, protection is expected, given that an immune response is seen in this age group and based on experience with other vaccines," the experts said in a statement.

"Today's recommendation underscores the value of AstraZeneca's COVID-19 vaccine which is not only effective and well-tolerated, but also easy to administer," said AstraZeneca boss Pascal Soriot.

A day earlier, Germany's vaccine commission said it could not recommend the use of the jabs on people aged 65 years and older because efficacy data for the group were lacking.

Older age groups and people with underlying conditions are among the first in line to be vaccinated in most countries with active vaccination programs. Germany's vaccine commission said Friday it would stick to advice recommending the AstraZeneca jab only for adults under the age of 65.

French President Emmanuel Macron also expressed doubts about the vaccine's efficacy for seniors, calling it "quasi-ineffective for people over 65."

"What I can tell you officially today is that the early results we have are not encouraging for 60 to 65-year-old people concerning AstraZeneca," he said.


The approval by the European Commission makes the AstraZeneca drug the bloc's third certified vaccine, along with those made by the US-German enterprise BioNTech-Pfizer and the US firm Moderna.

None of those vaccines were "perfect" or could be used as a "magic wand" in the fight against the virus, European Medicines Agency director Emer Cooke told reporters. At the same time, they make up an "arsenal" of immunizations that help combat the pandemic, she added.

According to the EMA, the approval guarantees that the vaccine meets EU standards for safety and quality, despite bits of data not yet being available.

"However, the [available] data must show that the benefits of the medicine or vaccine outweigh any risks," EMA said in a statement.

AstraZeneca would be required to provide further data from ongoing studies. The UK government approved the product a month ago, and it has been used to immunize Britons for several weeks.

According to the EMA, the most common side effects of the AstraZeneca vaccine were "pain and tenderness at the injection site, headache, tiredness, muscle pain, a general feeling of being unwell, chills, fever, joint pain and nausea."

These side effects were usually "mild or moderate and got better within a few days" since the inoculation, according to the EU body.


On Wednesday, the EU aired its frustrations with AstraZeneca, suggesting the pharmaceutical giant was reneging on its agreement.

Europe's vaccination process was dealt a blow last week when AstraZeneca unexpectedly announced cuts in supplies to the EU, citing production problems at a Belgian factory.

That triggered a furious response from the bloc, which was expecting an estimated 60% cut to 31 million doses in the period to the end of March.

The news was a major blow for the EU's 27 member states, which are already lagging behind vaccination campaigns in Israel, Britain and the United States. The company on Friday said it could offer a further 8 million doses to the EU, with the bloc saying this still fell well short of the promised amount.

European Commission President Ursula von der Leyen on Friday said Brussels wanted a "plausible explanation" from AstraZeneca about an expected delay to deliveries of its vaccine. Later in the day, the European Commission published the terms and conditions of the contract with the drugmaker.

Earlier, in a separate press conference, the EMA said it had found that BioNTech-Pfizer's coronavirus jab had no link to reported post-vaccination deaths and no new side effects. The regulator said it had based its conclusions on early data from the vaccine's rollout.