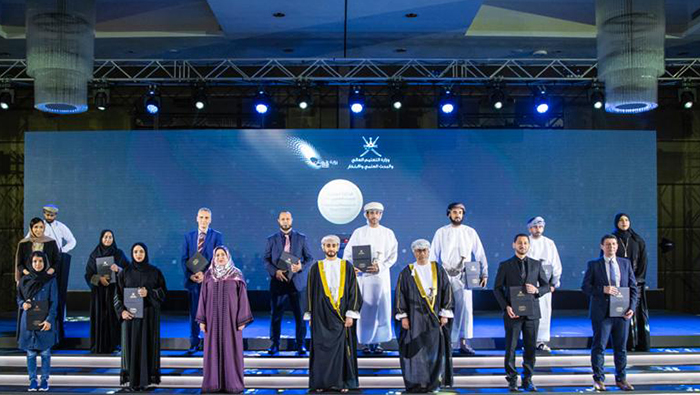 Muscat: The Ministry of Higher Education, Research and Innovation announced the winners of the seventh edition of the Annual Research Forum on Monday.

The function was held under the auspices of His Highness Sayyid Theyazin bin Haitham bin Tarik Al Said, Minister of Culture, Sports and Youth.

The new logo of Oman Animal and Plant Genetic Resources Centre (Mawarid) was launched on the sidelines of the forum.
Dr Rahma bint Ibrahim Al Mahrouqi, Minister of Higher Education, Research and Innovation, gave a speech in which she praised the efforts of the Ministry for organising the annual forum and the award function.

She said that the seventh edition of the award witnessed tough competition. Sayyid Theyazin honoured the winners of the 12 winning projects. Six winning projects were for the PhD holders and six for young researchers (other than PhD holders).