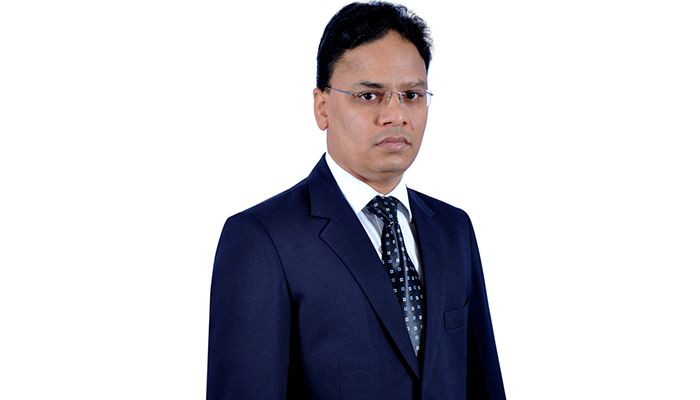 Budget 2021 is another fiscal reform with compressed deficit OMR2.24 billion, 8 per cent of GDP (revenue OMR8.64 billion, spending OMR10.88 billion). This deficit is 10 per cent lower than 2020 budgeted deficit and lowest budgeted deficit since 2015. This year-on-year decline trend in deficit since 2016 at the planning stage by the government shows commendable efforts and commitment with clear intention to achieve fiscal consolidation. These efforts certainly are stepping stones to control the worsening fiscal situation.

The Part of 2021 deficit, OMR1.6 billion will be funded from debt and balance from the reserve. This lowest deficit resulting lower expected debt requirement of OMR1.6 billion for 2020 will help the government to contain already mounted debt level to some extent and further will help to improve Oman’s credit rating. By 2021, public debt is projected to reach OMR21.7 billion and 130 per cent of GDP by 2025.

The actual deficit of 2020 is estimated at OMR4.2 billion vis a vis budgeted OMR2.5 billion, low oil price and an unprecedented pandemic dent in the economy contributed this high deficit. This shows, still there are significant struggle points for government in 2021, to keep the actual deficit within defined budget deficit OMR2.24 billion government will need a continuous prudent watch on economic developments ahead and accordingly it will require to take customised measures on appropriate time. Though actual performance certainly will depend on post-pandemic economic recovery and oil price movement, to great extent it will depend on strict adherence to budget by each government unit.

The budget has many salient features reflecting the objective of Oman Vision 2040 and Tenth Five – Year Plan (2021-2025).

Spending decreased at OMR10.88 billion, 14 per cent lower than 2020, this is partially a reflection of fiscal measures taken in 2020 like subsidy reforms, rationalisation of spending etc. In 2021, the current expense budget of government units is lower by 5 per cent considering the financial impact of revamped government structure, early retirement and revision in the financial grade of new employees. Also, oil and gas production cost removed from the budget and transferred to EDO.

Revenue increased at OMR8.6 billion, 2 per cent higher than 2020. 33 per cent increase in non – hydrocarbon revenue to OMR3.2 billion gives great hope for further diversification of public revenue resources in near future.

Cautiously assumed oil price USD 45 per barrel which is lowest among projections by international agencies, any upward move will reduce 2021 budgeted deficit. VAT and excise will contribute a hefty amount of OMR413 million as 5 per cent of total revenue, four times heftier than budgeted figure OMR100 million in 2020. This justifies government decision to widen the base of indirect taxes.

This contribution is expected to increase further with efficient tax administration in the coming years. Higher non-hydrocarbon revenue and optimised spending will pave the way for gradual sustainability as targeted by 10th five-year plan, OMR65 million surplus by 2025.

Interest cost is increasing continuously to reflect the increased burden of debt and deficit, OMR138 million was spent in 2016 which increased to OMR1.2 billion in 2021 budget. The good point is OMR150 million is allocated in this year budget to repay the loan which will reduce the interest burden to some extent.

The government will be committed to maintaining basic services of education, health, housing and social welfare with spending provision of OMR3.6 billion, 40 per cent of current expenditure. The budget provides OMR3.3 billion towards wage bill of governments employees. Further, for social welfare government will continue to spend OMR800 million on subsidies for electricity, water, sewage, waste sector and oil products.

At investment front to stimulate economic activities, the massive amount of OMR5.1 billion is planned. EDO and OIA will invest respectively OMR1.3 billion and OMR2.9 billion outside the budget. Budget provided OMR900 million for investment on development projects.

These investments will be according to priorities of Oman Vision 2040 which narrates also the critical role of private sector investment in economic growth. To attract foreign direct investment [FDI], its prominent for Oman to improve further ease of doing business ranking from 68th currently. Further, this is must achieve a diversified economy with least reliant on the hydrocarbon sector and to spur the national economy by maintaining a competitive and friendly business environment for Public Private Partnership [PPP]. PPP can be a game-changer for the development of Oman economy if its nurtured in an appropriate manner as it will create infrastructures and jobs, reduce public spending, deficit and public debt eventually.

Overall, the budget is key to revitalize the economy and financial position of Oman. As planned in the budget, financial resources if consumed attentively in an ideal way and if the focus remains persistently throughout the year 2021 to enhance revenue in impending most volatile economic environment, then the budget can be achieved positively.

The writer CA. Sarweshwar Biyani is the Vice President – Finance and Accounts, SV Pittie Sohar Textiles (FZC) SAOC. Views expressed above are solely his own.