First known case of COVID-19 variant confirmed in US 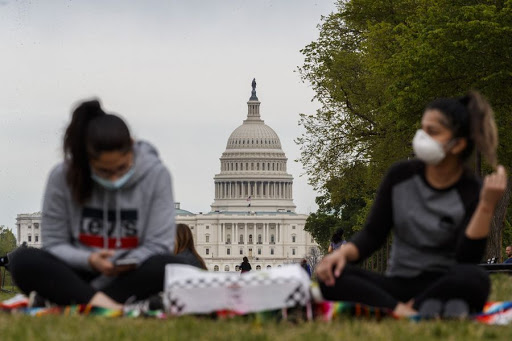 WASHINGTON: A more contagious variant of COVID-19 that was first discovered in Britain was identified in the US state of Colorado on Tuesday, according to the state's governor.

It is the first time the variant strain has been identified in the United States, according to media reports.

The COVID-19 variant was identified in a Colorado man in his 20s, with no travel history, said Colorado Governor Jared Polis in a statement.

The man is in isolation in Elbert County, and will remain in isolation until cleared by health officials, according to Polis.

No close contacts of the man have been identified yet, but health officials are working on contact tracing, the governor said.

The Colorado state lab was the first in the country to quickly identify the variant through sophisticated analysis of testing samples. The lab confirmed and notified the U.S. Centers for Disease Control and Prevention (CDC) of the case, according to Polis.

"There is a lot we don't know about this new COVID-19 variant, but scientists in the United Kingdom are warning the world that it is significantly more contagious," he said.

"The health and safety of Coloradans is our top priority and we will closely monitor this case, as well as all COVID-19 indicators, very closely. We are working to prevent spread and contain the virus at all levels," Polis said.

Jill Hunsaker Ryan, executive director of Colorado Department of Public Health and Environment, said the state is currently using all the tools available to protect public health and mitigate the spread of this variant.

Countries around the world have tightened their restrictive measures after Britain recently announced the discovery of the new variant of SARS-CoV-2.

Viruses constantly change through mutation, and preliminary analysis in the country suggests that this new variant may be up to 70 percent more transmissible than previously circulating variants, according to the CDC.

Passengers are required to get a viral test within three days before their flight from Britain to the United States departs, and provide written documentation of their laboratory test result to the airline, the CDC announced last week.

Airlines must confirm the negative test result for all passengers before they board. If a passenger chooses not to take a test, the airline must deny boarding to the passenger, said the CDC.

The United States has recorded nearly 19.5 million cases with over 337,400 related deaths as of Tuesday afternoon, according to the real-time count kept by Johns Hopkins University.