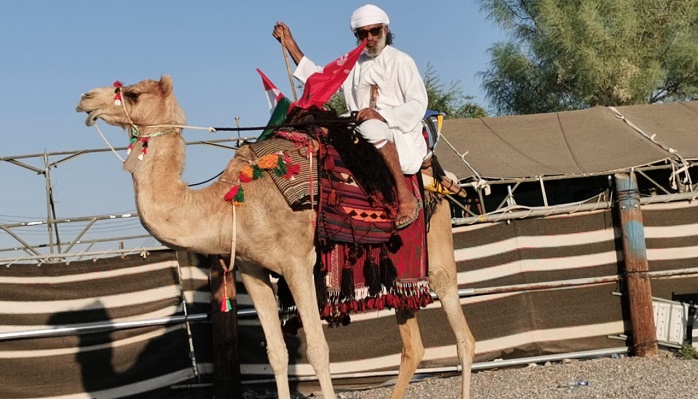 Sixty-three-year-old Ahmed Al Mahrouqi, who came to Oman from his ancestral home in Tanzania when he was just a boy of four or five, made the trip between the two cities on his trusty camels, Rahhal and Luhderiya.

Muscat: An Omani national has completed a week-long journey on a camel from Adam to Muscat to show people the importance of the traditional way of life.

Sixty-three-year-old Ahmed Al Mahrouqi, who came to Oman from his ancestral home in Tanzania when he was just a boy of four or five, made the trip between the two cities on his trusty camels, Rahhal and Luhderiya. 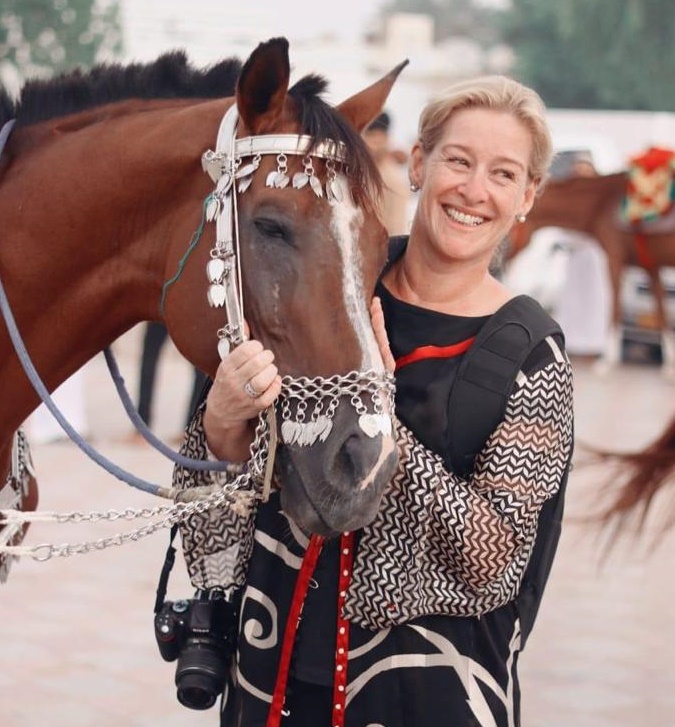 With him were Danish blogger Rachel Maciver, who is based out of Muscat, and young hiker Mohammed Salim Al Jawhari.

“If you compare today with the way we lived in the olden days, we used to exchange our items with others, and this helped all of us live together,” said Ahmed, on his return to Muscat. “If I gave you potatoes, for example, you’d give me onions.

“In Oman, they used to employ this system,” he added. “Now, all you need to do is order online and someone will come and deliver it to you. It is time to teach the youth of Oman to depend on themselves, and not rely on others to do things for them.”

Ahmed departed from Adam on December 9, and came to Burj As Sahwa in the capital on the weekend that had just gone by. On the way, they were joined by locals who went with them for some part of their journey, out of curiosity over their intentions, or to share in their expedition. Others, out of kindness for the trio, provided them with food and water for their journey.

“Our day would start at about 7:25am,” said Mohammed Al Jawhari, narrating the nature of their travels. “On one particular day, we moved towards Izki, passing through Birkat Al Mouz, and then the village of Nazar, which has one of the oldest graves in Oman.

“We got to the campsite at Wadi Halfeeyin, having covered 30 kilometres in about six hours and 15 minutes,” he added. “We were walking along the road, which was at times annoying due to the vehicles, but the encouragement from people who were able to spot us made us forget these issues and the tiring nature of our trek.”

Ahmed had made it clear from the start of his journey that the group would, for the course of their journey, live in the manner of his ancestors, camping under the stars and preparing food in a makeshift kitchen every night. They would also bathe whenever they came across a Falaj – an irrigation canal, built thousands of years ago to take water from naturally occurring reservoirs, to farms where it was needed, or a village with a well.

“We decided to go on this journey to mark the 50th anniversary of the Sultanate of Oman,” recalled Ahmed. “Oman is also trying to open itself to tourism and invite people from around the world, so we must be mindful of our culture and how it has helped shape our country. As our leader, His Majesty Sultan Haitham Bin Tarik said in his speech, we must always show dedication, unity and loyalty to our country.”

“There are actually a lot of younger people in Oman who are interested in discovering the way we used to do things earlier, because they have realised that those ways are healthy and sustainable. It makes us appreciate the things we have.”