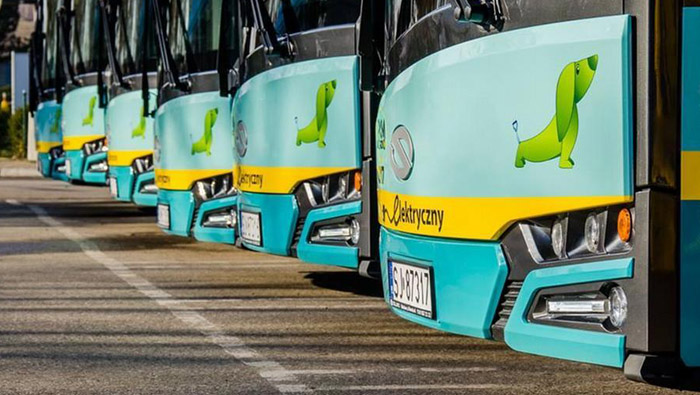 Warsaw: A laggard for some in meeting its EU environmental obligations, Poland is not dragging its feet when it comes to electric bus production. Europe's third-largest electric bus manufacturer, Solaris, is being joined by MAN Truck & Bus, whose first customer vehicles started rolling off the production line at Starachowice in southern Poland in October.

The Polish unit of the Volkswagen Group aims to deliver its first 17 electric buses to Verkehrsbetriebe Hamburg-Holstein public transport company (VHH) by the end of the year. Nobina Sverige, the largest Swedish bus operator, has a further 22 units ordered, and other orders are pending, the company said in a statement.

MAN's move is seen by some as a genuine feather in the cap for the EU member. "MAN's new investment strongly enhances Poland's position in the zero-emissions public transport segment," Jan Wisniewski, from the Polish Association of Alternative Fuels (PSPA), told DW.

Rafako, a Polish firm recently taken over the state-owned Industrial Development Agency (ARP), is also planning to start electric bus production in 2021. Michal Mackowiak, deputy CEO, told DW. "We are now preparing for mass production, to a level as high or even more than MAN."

Meanwhile, Volvo's site in Wroclaw is the only production facility operated by the company in Europe, which manufactures electric buses. The plant recently won orders for over 850 such vehicles. Skania also produces electric buses in the northern Polish city of Slupsk.

It is estimated that about a third of all electric buses in Europe are manufactured in Poland, led by Solaris Bus & Coach, since 2018 owned by Spanish CAF. Solaris had the biggest share of newly registered buses with electric motors in western Europe in the first three quarters of 2020. In the period, 242 of its Urbino electric buses rolled out onto the streets of European cities, Wisniewski said.

Solaris's Mateusz Figaszewski told DW that MAN's move into Poland and the electric bus sector was not a great surprise. "It is great that Poland is being seen as a sophisticated place to make such products and will for sure help the supply chain in the country, but we have a much more international outlook than others, so it doesn't affect us much." Solaris, he added, is also looking closely at expanding its hydrogen-powered electric bus production, having already seen 69 roll off the production line.