India vs Australia: Starting well will be key for Kohli and boys in opening ODI 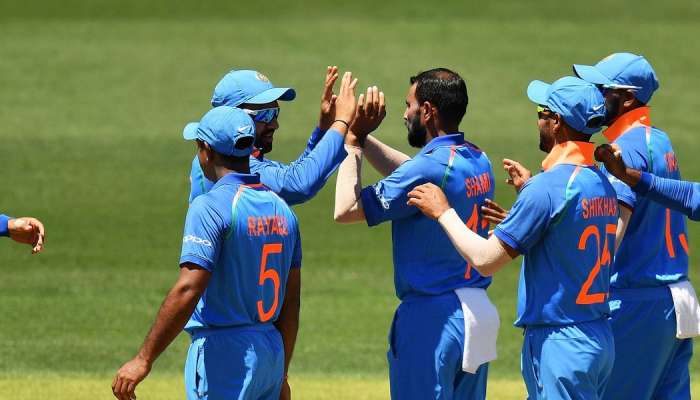 Sydney: The much-anticipated India's tour of Australia is set to get underway at the Sydney Cricket Ground on Friday with both teams taking on each other in the first of the three-match ODI series.

Going into the series, no team has been touted as favourites as both are equally strong on paper. However, India last played an ODI match in February during the New Zealand tour while Australia played their last ODI as recently as in September. Hence, India playing an ODI after a long hiatus might give Australia a slight edge apart from their home advantage. The big positive for the Indian team is the form of the players. The whole squad was part of the recently-concluded Indian Premier League (IPL) where they showed an impressive display.

The vice-captain of the team, KL Rahul, was the highest run-getter in the tournament, amassing 670 runs. He was followed by fellow Indian, Shikhar Dhawan, who had created history by becoming the first player to register consecutive centuries in the IPL. Apart from Rahul and Dhawan, the squad has skipper Virat Kohli, youngster Shubman Gill, Hardik Pandya, Shreyas Iyer, and Mayank Agarwal to give the Indian side all the necessary strength to tackle the Aussie bowlers' ferocious attack.

India's bowling attack will be spearheaded by Jasprit Bumrah, who displayed a scintillating performance in the IPL to guide Mumbai Indians to the title. Mohammad Shami and Navdeep Saina are also in the squad to give the team much-needed prowess.

Despite having a solid squad, India's challenge in the series will not be easy against Australia. Australia's Steve Smith witnessed a disappointing IPL season but the player had issued a warning to the visitors ahead of the series saying he has "found my hands the last few days".

"I was pretty disappointed actually with my batting throughout the IPL. I never really got into a good rhythm, but I think the last few days actually I've found something. People close to me that know me well, I've found my hands the last few days, which I'm extremely excited about," Smith had said.

The Aaron Finch-led side also has David Warner, Marnus Labuschagne and Glenn Maxwell to further strengthen their batting line-up. Hence, the forthcoming series between both sides will be an exciting watch for all cricket fans.