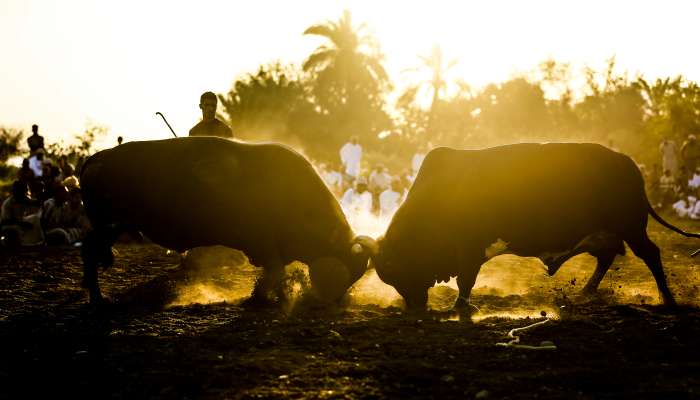 People violating the law will attract a fine of up to OMR500, a jail term of up to one month, or both. Photo: Shabin E

Muscat: Exploiting animals for entertainment shows is now banned in Oman, and those who do so will be penalised.

These measures are based on Royal Decree No. 21/2017, which governs the protection of animals from such practices.

According to Article 13, “Whoever violates the provisions of this law shall be punished with imprisonment for a period not exceeding one month, and a fine not exceeding OMR500, or either one of these two penalties.”

The Ministry of Agriculture, Fisheries and Water Resources, to put these protection measures into practice, has listed the regulations of the animal welfare law.

“The decision includes all practices that may harm animals, such as organising cock fights or bullfights, or injecting camels with dangerous substances,” said an official at the ministry.

“This decision was issued in coordination with the Arab Gulf states, because events such as camel races are often organised between, and in many Gulf countries.”

Penalties will be imposed on owners who expose animals to any sort of neglect, including malnutrition and a lack of adequate rest, acts of cruelty, such as hitting the animal on the head, cutting its ligaments, or hurting them with electric shocks, while preparing them for slaughter.

Those who overwork their animals, or run them in races without adequate consideration for their health and age, will also be subject to penalties.

The decision to provide safeguards for animals in Oman was welcomed by Dr Peter Nolosco, a veterinarian at Capital Vets in Muscat.

He said, “Most animals are harmless and do not know how to defend themselves. Unfortunately, some people throw stones at them, provoke them, purposely hurt them, and cause them pain because they derive pleasure from it. Animals are some of our most precious resources and must be cared for well.”

“The awareness of proper respect for animals must originate in schools, so that children learn to take care of them,” added Nolosco.

“It would help if parents and teachers take their children to a zoo or a farm, so they can interact with animals and learn to appreciate them. This ruling will definitely help provide better welfare to animals in Oman,” he further said.