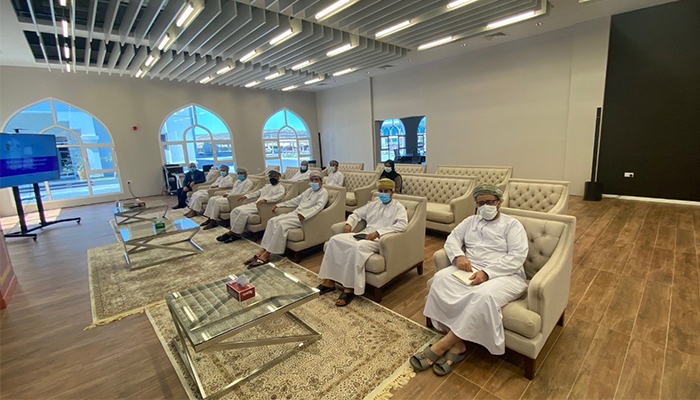 Muscat: As a partnership between the academic and private sectors to conduct R&D projects, a successful closeout session of the black powder root cause analysis in Gas Pipeline Network R&D - a Joint Industry-Academic Project (JIAP) between OQ, Oman’s global integrated energy company, Sultan Qaboos University and the University of Technology and Applied Sciences was conducted recently by EJAAD, the Sultanate’s premier platform for energy innovation, in the Research Council building.

The term 'black powder' is used to describe a blackish material that collects in gas transmission pipelines. It has been identified as a major operational problem faced by the gas industry today. Presence of black powder causes product contamination, erosion, clogging, fouling and flow reduction in the pipelines.

On the sidelines of the event, Mansoor Al-Abdali - Vice President of Gas Network Operations, OQ, said that OQ has set its sights on creating benefits by linking practical aspects with theory to achieve synergy in its business. He stressed that OQ’s role is not limited to pure operational processes, but rather continues to support various fields and create a partnership platform with the academic sector.

Dr Hamoud Al Hadrami, Sultan Qaboos University’s primary researcher, stated that “as a researcher, this project was very interesting and challenging. A collaborative approach between researcher and sponsor was effectively driven. The findings of the project were efficiently stated and can reasonably be implemented to control black powder in gas network pipelines.”

EJAAD seeks, through its services, to contribute to building a knowledge-based economy. Through the service of presenting industrial challenges on the electronic EJAAD platform, it has been able to extend bridges of trust and cooperation between industrial companies in the Sultanate and academic researchers in local and international universities, through the joint research project to study the phenomenon of presence black powder material in natural gas pipelines in the Sultanate.

EJAAD managed to create an innovation collaboration through local research capabilities. In a collaboration between OQ and the academic cooperation of Sultan Qaboos University and the University of Technology and Applied Sciences represented by the Higher College of Technology, the research team studied the phenomenon and the researchers presented the possible causes.

This project was conducted for one year to investigate the phenomenon of black powder and its effects on pipelines and gas facilities through field visits and sampling for analysis in laboratories. The study focused on two gas pipelines of 24-inch and 32-inch diameters extending a combined distance of 340 kilometres.

As part of the investigation, the research team identified the factors that contribute to the formation of the black powder and recommended options for its disposal in an environmentally safe manner.