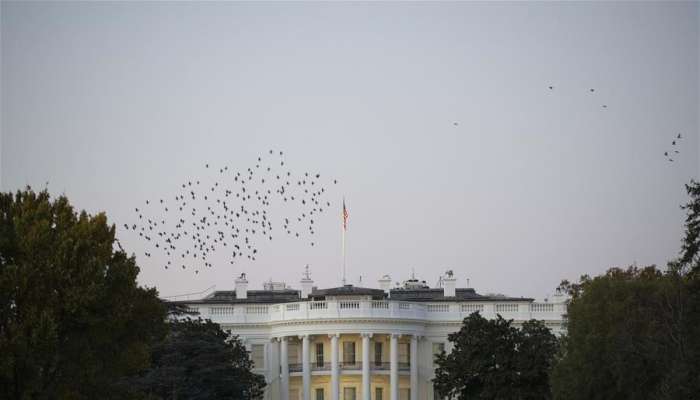 Voters are choosing their preferred candidates for U.S. president and New Hampshire governor, as well as federal and state legislative seats in the midnight voting, a tradition that began in Dixville Notch in 1960.

In the makeshift "Ballot Room" at Dixville Notch's Balsams Resort, Les Otten, one of the only five local registered voters, cast the first ballot.

Otten, identifying himself as "a lifelong Republican," said that he is voting this time for Democratic presidential nominee and former U.S. Vice President Joe Biden, who is challenging sitting President Donald Trump.

"I don't agree with him on a lot of issues," Otten said of Biden in a video posted on Twitter before the voting. "But I believe it's time to find what unites us as opposed to what divides us."

In Dixville Notch, the other four votes also went to Biden, while residents in Millsfield voted 16 to 5 in favor of Trump.

According to the RealClearPolitics polling average, Biden leads Trump by 6.7 percentage points nationally, but only by 2.8 percentage points in top battleground states, including Florida, North Carolina, Pennsylvania, Michigan, Wisconsin, and Arizona.

Trump made campaign stops in North Carolina, Pennsylvania, Michigan and Wisconsin on Monday, while Biden traveled to Ohio in the day and Pennsylvania on Election Eve.

Polling stations in some major cities on the East Coast will open as early as 6:00 a.m. Tuesday (1100 GMT). Then polls will open across the nation. The final polls will close in Alaska.

Voters have cast more than 98 million ballots in the United States ahead of Election Day, according to the latest tally from the U.S. Elections Project. That figure, including more than 35 million in-person votes and nearly 63 million returned mail-in ballots, represents more than 71 percent of the total votes counted in the 2016 general elections, the data show.

States have different rules on when they are allowed to start counting mail-in ballots, which record high volumes this year because of the COVID-19 pandemic and require more time to process than those cast in person. Election officials and experts have said that the country should be prepared not to know who won the White House on Tuesday night.

Besides the Trump-Biden race, all 435 seats in the U.S. House of Representatives and 35 of the 100 seats in the U.S. Senate will be in play on Tuesday. More than a dozen state and territorial governorships, among many other state and local posts, will also be contested.

The 2020 U.S. elections, including presidential and congressional races, come as the country is still reeling from the COVID-19 pandemic with over 9.2 million cases and more than 230,000 deaths reported as of Monday evening, both the highest in the world.

Moreover, many voters are worried by the reality of an increasingly divided nation suffering from bitter partisan fights, violent racial conflicts and worsening social injustice.