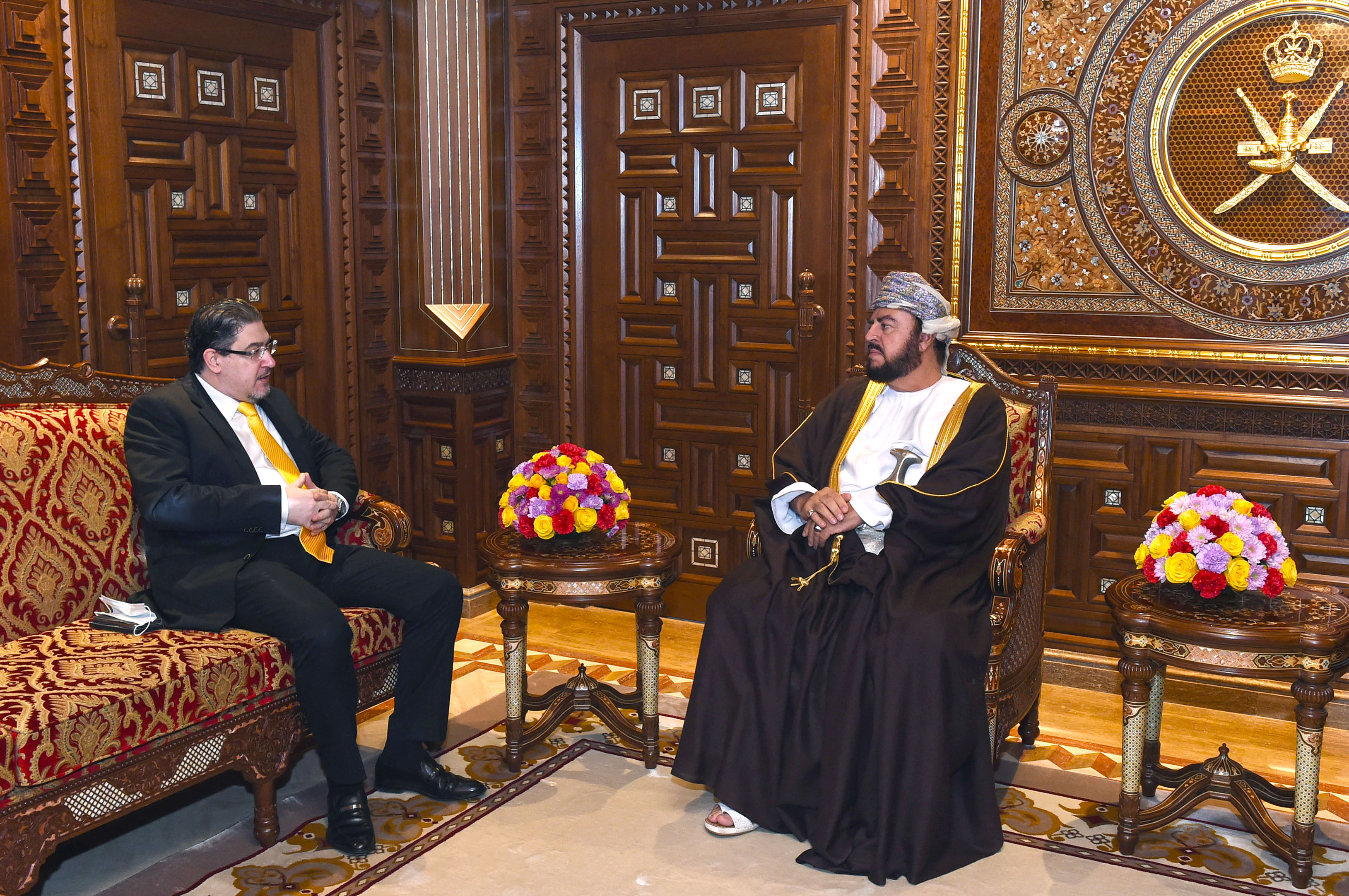 Muscat: On behalf of His Majesty Sultan Haitham Bin Tarik, His Highness Sayyid Asa'ad bin Tarik Al Said, Deputy Prime Minister of the Council of Ministers for International Relations and Cooperation Affairs, Personal Representative of His Majesty the Sultan received separately in his office on Wednesday Zuhair Abdullah Al Nsour, Ambassador of the Hashemite Kingdom of Jordan to the Sultanate and Andreas Panayiotou, Ambassador of the Republic of Cyprus to the Sultanate to bid them farewell at the end of their tour of duty.
The ambassadors expressed their thanks to His Majesty the Sultan for the support extended to them during their tour of duty in the Sultanate from His Majesty, the Government and the Omani people, which had facilitated them to carry out their assignments. They wished His Majesty a good health, happiness and a long life, and the Sultanate further progress and growth under the wise leadership of His Majesty.
Sayyid Asa'ad thanked the ambassadors for their efforts in serving the relations between the Sultanate and their countries, wishing them permanent success, and peoples of their countries progress and prosperity.
The meeting was attended by the Secretary General and the two advisors at Sayyid Asa'ad's Office.