His Majesty presides over Council of Ministers meeting 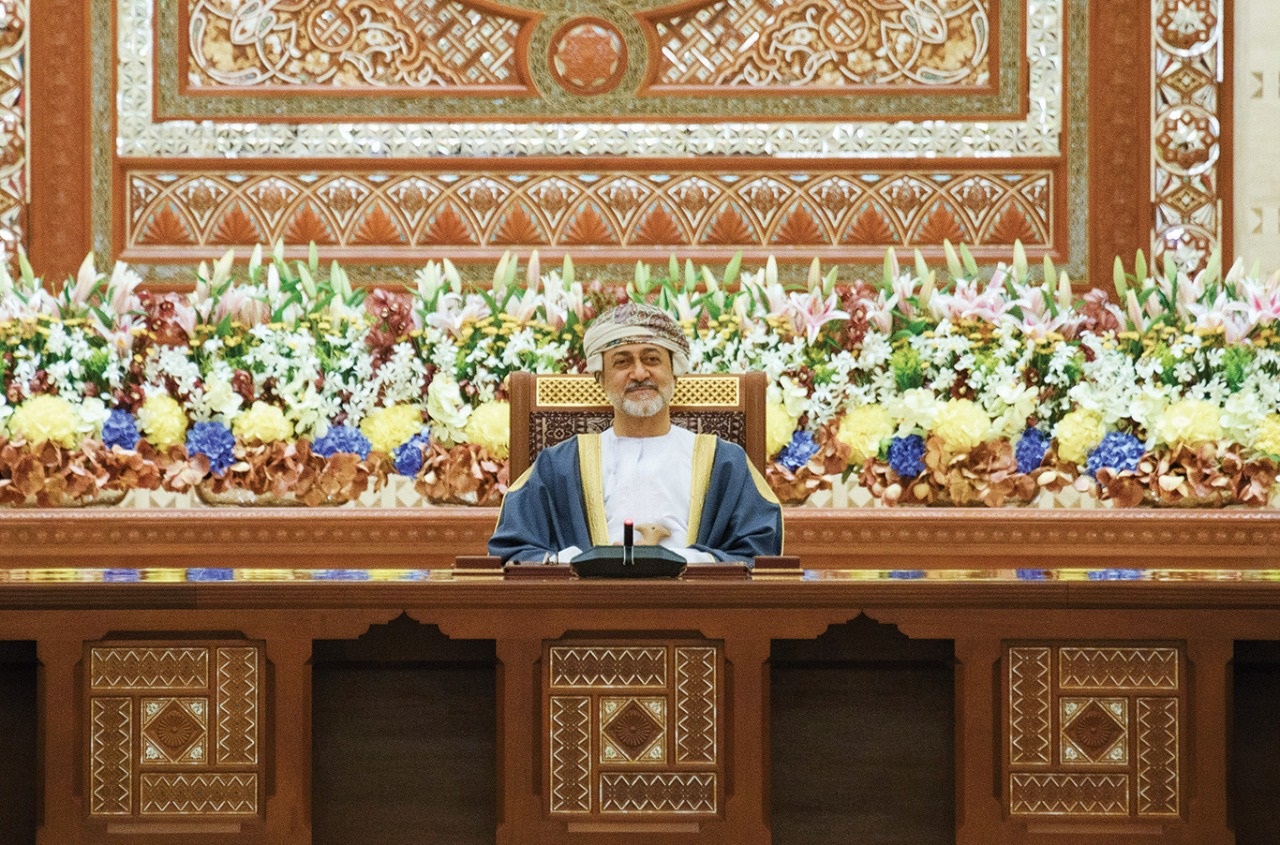 Muscat: His Majesty Sultan Haitham Bin Tarik presided over a meeting of the Council of Ministers at Al Barakah Palace, on Wednesday, following a ceremony during which new ministers took the oath of office.

At the outset of the meeting, His Majesty the Sultan gave thanks and praise to the Almighty Allah for plentiful bounties, security and stability with which He has endowed the Sultanate.

His Majesty the Sultan reaffirmed that the restructuring of the State’s Administrative Apparatus came in tandem with Oman Vision 2040 and in a manner that upgrades the competence of the administrative apparatus and corresponds to the evolution witnessed by the Sultanate during the past decades in developmental, economic and social aspects.

This is in addition to systematic tackling of financial and economic situations by promoting the national economy’s competitive potential and realising institutional growth of the administrative apparatus so that it could keep pace with the economic, social and developmental progression of the Sultanate, said His Majesty the Sultan, who also laid emphasis on the coordination of government efforts in all spheres of action.

His Majesty the Sultan thanked the parties that elaborated on the issue of restructuring and commended the results of their studies which, he said, contributed to the formulation of the final outcome (procedures).

In this context, His Majesty the Sultan expressed his heartfelt thanks, commendation and appreciation for former ministers, under-secretaries and other officials “who had an effective role in advancing the Sultanate’s development march.”

His Majesty the Sultan also welcomed the new members of the Council of Ministers who will take their turn in promoting the march of national action.

His Majesty the Sultan said that the State is embarking on empowering governorates, governors, according to the full attention to foster growth and development while at the same time granting them discretions to shoulder the responsibility of activating the economy, investments and business away from centralisation.

Speaking about addressing the health challenges posed by COVID-19 pandemic, His Majesty the Sultan hailed the efforts exerted at all government departments concerned, led by the Supreme Covid-19 Control Committee, (and executed by) the health sector and all military and security sectors.

His Majesty the Sultan also commended the cooperation of citizens and residents and their role in alleviating the negative impacts of the pandemic. In this context, His Majesty underscored the significance of maintaining approved precautionary measures. He prayed to the Almighty Allah to protect Oman and all residents on its land.

In other statements, His Majesty the Sultan exhorted officials responsible for service establishments to streamline procedures to enable citizens and businesses to have easy access to the services rendered by those departments. He also called for further action to speed up steps towards the quick completion of electronic government.

On the foreign front, His Majesty the Sultan reiterated the permanent stance of the Sultanate’s foreign policy which serves its interests, focused on good neighbourliness, preservation of Arab fundamentals, friendship and cooperation with all.