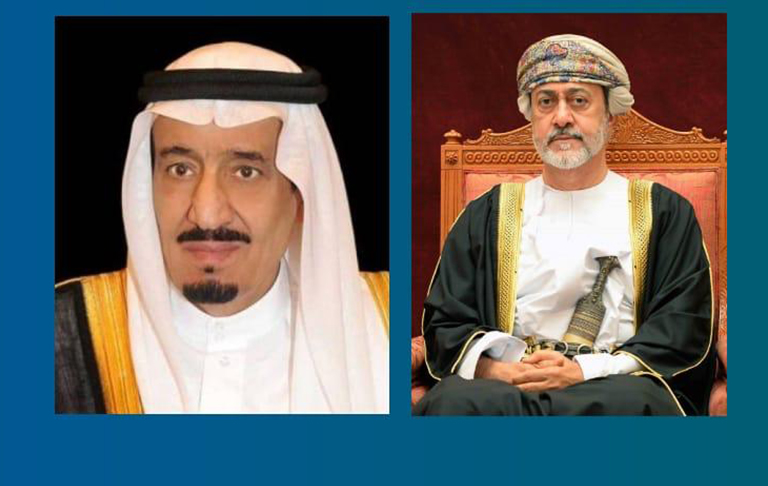 Muscat: His Majesty Sultan Haitham Bin Tarik received, yesterday, a phone call from Custodian of the Two Holy Mosques, King Salman bin Abdulaziz Al Saud of the Kingdom of Saudi Arabia, in which they exchanged cordial conversation on aspects of existing cooperation between the two brotherly countries.
The Custodian of the Two Holy Mosques expressed his wishes of good health, happiness and a long life to His Majesty the Sultan and for the Omani people further progress and prosperity under His Majesty's wise leadership.
His Majesty the Sultan expressed his thanks and appreciation for the noble gesture of the Custodian of the Two Holy Mosques, wishing him good health, happiness and success in leading his country's people for further progress and prosperity under his wise leadership.