Oman education: More than 10,000 students dropped out of colleges 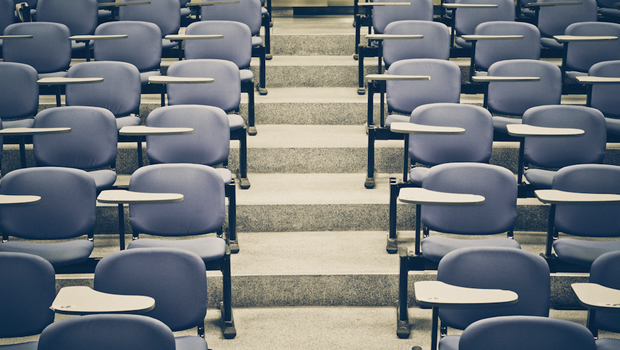 Muscat: More than ten thousand students dropped out of schools of higher education during the 2014/2015 academic year, according to data from the Higher Education Admissions Center.
The data includes students who studied in public and private higher education institutes last academic year.
According to data, 10,725 students dropped out, with 64 per cent being males, while the remaining 36 per cent are females. The drop-outs account for 8 per cent of the 132,177 students who attended school during the 2014/2015 academic year.
Students’ personal issues were considered the most common reason for dropping out,accounting for 30.5 per cent of those leaving school, according to HEAC data, followed by academic reasons, with 25.4 per cent. Another 24.8 per cent did not cite a specific reason for leaving.
Also, there were other reasons, such as loss of the will to continue studying, a student being employed during studies, as well as financial difficulties, medical issues or death. Most students withdrew from engineering and technology majors,at 31.3 per cent, followed by administration and commerce majors with 28.9 per cent. Information technology recorded 12 per cent of students withdrawing from the major.
Culture and society majors recorded a 6.9 per cent withdrawal rate, and religion and philosophy recorded the lowest rate, with 0.3 per cent.
Data also indicated that 69.8 per cent of student dropouts were pursuing a bachelor’s degree, followed by 25.8 per cent of those seeking a diploma. Also, 4.7 per cent of student dropouts were studying for magistrates.
Further, 53.3 per cent of the students were private higher education dropouts, while the remaining 46.7 per cent were from public institutions.
College professors and teachers shared their views on the dropouts, saying that some of them simply could not adjust to the level of education, and would rather join the army or police force.
“Some students gain job opportunities with good offers, especially from the army and police force,” said a college teacher.
“Some students also find it difficult to cope with the education level they face in higher education institutions as,nowadays, it’s easy to receive the opportunity to study in colleges and universities,” he said, adding that some colleges have passing margins of 50 per cent.
“That’s why they don’t take their education seriously”, said the teacher.
The economic state of the Sultanate is also considered a reason for higher student dropout levels.
“A large number of students opt out of colleges because of socio-economic reason,” noted the head of communications of a government college in Oman.
He noted that there are some families who do not support the education of daughters, “so sometimes they opt out from college.”
Tarik, a college graduate, said that he realized that during his time in college, females were dropping out regularly.
“The males sometimes left college to pursue a different major at another college, or received a scholarship at another institution. But I realised that the female students dropped out regularly, and for one reason,” he said.
“They drop out because of marriage. In my mind, that explains why a lot of them don’t really pay that much attention in class or care about their education. I sometimes involuntarily overheard their conversations, and the phrase ‘I just want to get married and leave college’ used to always pop up,” he added.