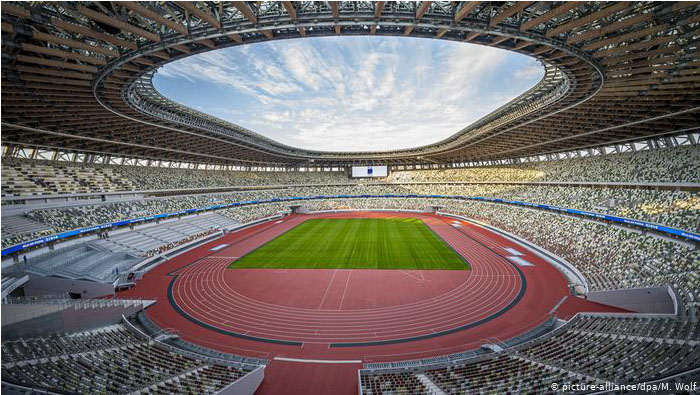 Tokyo: Among Japanese people, the excitement and optimism about the Olympics Games have completely evaporated. Now, the vast majority of people here do not want the Games to go ahead next summer. It is, they say, simply too dangerous.
"I think a lot of people were very excited when Tokyo won the right to host the Olympics back in 2013," said Kanako Hosomura, a resident of north Tokyo.
"Businesses like restaurants and hotels believed they would be very busy with foreign visitors and I believe many Japanese people saw this as a good opportunity to show off Japanese culture, history, art, cuisine and so on," she told DW.
"That was the main feeling among my friends even up until last year's Rugby World Cup — which was a huge success," she said. "But coronavirus has changed everything."
Initially, as the number of days on the giant electronic clock outside Tokyo Station ticked over to exactly one year before the opening ceremony for the 2020 Tokyo Olympic Games, there was a palpable sense of excitement across the city.
A stunning new national stadium was taking shape on the site of the outdated concrete bowl that had been the centerpiece of the 1964 Games. The run-down Toyosu district on the city's waterfront was being transformed into the athletes' village. State-of-the-art venues for sports ranging from archery to slalom canoeing, swimming, tennis and equestrian events were visibly progressing. Also taking shape were new hotels, transport infrastructure and other facilities required to meet the needs of hundreds of thousands of visitors that would flood the city to experience the world's largest sporting extravaganza.
There were, inevitably, expressions of concern in some quarters, about likely cost over-runs, the involvement of Japan's underworld in construction projects, and, in particular, the effect of searing summer heat and humidity on spectators and athletes alike. Still, those fears were largely glossed over in the enthusiasm for the Games.
Sketchy reports in the first weeks of 2020 of a mysterious illness emerging in the Chinese city of Wuhan did nothing to dampen the overwhelming enthusiasm for the Olympics, set to begin on July 24, and the Paralympics, which were scheduled to start on August 25.
Friday was declared a national holiday to celebrate the opening of the 2020 Olympic Games. Now, the mood is quite different.
With the coronavirus pandemic raging around the world, the International Olympic Committee and the Tokyo Organising Committee announced on March 24 that the Games would be put off until at least 2021. In the weeks and months since then, infection and death rates have continued to climb, and experts say it is impossible to put a timeline on the development of a vaccine.