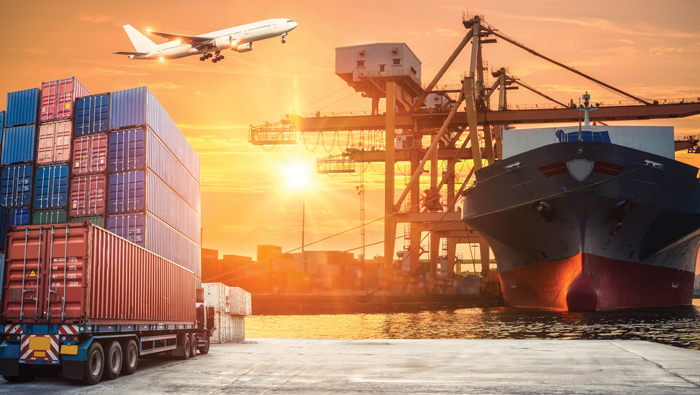 Muscat: Oman’s future as a non-oil export hub is starting to take shape, following an increase of more than OMR500 million earned in non-oil exports in the space of a single year.
Data from the National Centre for Statistics and Information shows that at the end of September 2018, non-oil exports amounted to OMR2.952 billion, up from OMR2.361 billion in September 2017, an increase of OMR591 million during that time.
Non-oil exports amounted for 24.6% of Oman’s net merchandise export value of OMR 11.965 billion. The biggest portion of Oman’s non-oil exports came from mineral products, which amounted to OMR831 million, up from OMR 640.9 million, followed by metals, which contributed to OMR 736.4 million, an increase from OMR 472.8 million.
While Shashwar Al Balushi, the head of the Labour Labs for Tanfeedh, Oman’s long-term plan for economic diversification and expansion, did say this was a promising indicator of what the non-oil future could present for Oman, he also expanded on what must be done for the Sultanate to carry this out in a sustainable and successful manner.
“Firstly, we need to make sure in terms of price and manufacturing that we are competent. Secondly, we need to guarantee our systems and processes are fast enough to ensure we are competitive, and can reach the markets at a fair price. In terms of workforce requirements, we have to increase productivity and competency, and we have to maintain the experienced profiles of workers, so that we can add value to the human resources that we have.
“That again will help us reduce costs in production, and become more competitive, which is what I think the country needs at the moment,” added Al Balushi. “Additionally, logistics and the transport costs in terms of things such as airport handling and port clearances need us to be more competitive so that we can increase the amount of exports and re-exports from Oman.”
Oman’s non-oil future is part of its Tanfeedh plan for economic expansion, which is spread across five sectors, namely agriculture and fisheries, tourism, manufacturing, transport and logistics, and mining and energy. It is part of the nation’s plan to not just wean the country off traditional fossil-fuel based sources of income such as oil and gas, but also provide employment for the next generation of local jobseekers in a sustainable manner.
Chemical exports dipped slightly from OMR610 million to OMR 594.1 million, but the sale of rubber and plastics products rose from OMR149.4 million to OMR 192.3 million. The export of live animals and their products also increased from OMR114 to OMR160.3 million.
The biggest source of Oman’s non-oil exports was the United Arab Emirates, which brought in OMR584 million, while Saudi Arabia accounted for OMR389 million. Qatar brought in OMR 283.6 million, while India and China amounted to OMR237.2 million and OMR180.5 million respectively.
Ramanuj Venkatesh, a financial analyst with experience in both Oman and the UAE, pointed out that it made sense that a majority of Oman’s non-oil goods went to its fellow GCC nations: a significant portion of them were perishable food items that had shorter shelf-lives than some of the other goods the Sultanate produced, and were important commodities that were required in the other nations.
“If you look at the majority of the goods being sold to countries like the UAE, Saudi Arabia and Qatar, they are most likely to be perishables, such as agricultural products, milk, meat, fruits and vegetables,” he explained. “It is actually quite common to see Oman listed as the country of origin in many of the supermarkets overseas, and the more you see Omani goods in overseas markets, the better it will be for the country in the long-term, because Oman will then get a reputation as an exporter of quality goods, provided it can maintain and sustain the global export standards that are expected of any exporter,”.
Dr CK Anchan, the Managing Director of World Wide Business House, explained how an increase in the number of products made in Oman would help provide more goods for export, while simultaneously meeting the demands of the local population. “Oman is seeing a surging growth in small urban manufacturing (SUM) activities, from hand-made chocolate, jewellery and toiletries to high-fashion and precision engineering, where innovation in design is creating products that are capturing the Omani consumers’ attention,” he told Times of Oman.
“SUMs are also leveraging opportunities around a circular economy and green manufacturing where consumers prefer Oman-made products that use recycled materials and whose workers live locally and maintain a small carbon footprint. To capitalise on the interest and growth of SUM, the government has introduced a range of programmes to facilitate SUM workspace as well as provide finance and start-up mentoring.
He added, “Oman’s manufacturing sector scenario as compared to other GCC countries is very different. It is known for its micro-manufacturing industrial units. Oman has continued decreasing imports by encouraging these light industries locally. These industries consist mostly of chemicals, plastics, furniture, paper products, vegetables and so on. As Oman-made products and manufacturing processes become more complex and productive, they create a host of skilled para-professional and professionals in non-manufacturing jobs such as logistics and transportation, construction, finance, retail, insurance, design, marketing and customer service. A strong manufacturing industry is fundamental to Oman’s continued prosperity and vital to boosting the Sultanate’s non-oil exports.”