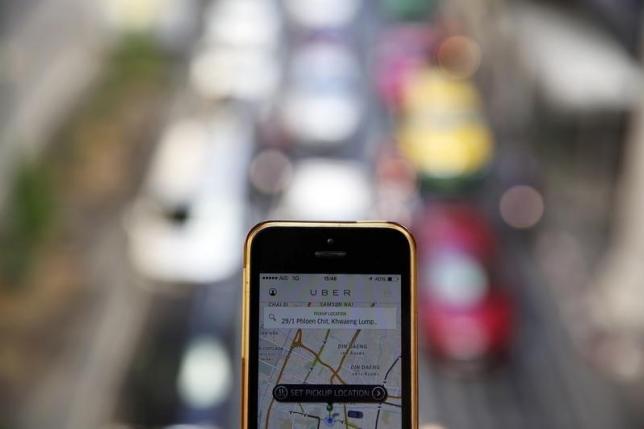 Bangkok: Thailand has ordered Uber Technologies and Grab to halt their motorcycle taxi-hailing services, a senior transport official said on Tuesday. The services are popular in Thailand's grid-locked cities, where bikes weaving through traffic jams get people around in a fraction of the time a car takes.
There are more than 186,000 motorcycles registered to provide taxi services in Thailand, almost half in the capital, Bangkok, government data shows. UberMoto and Grab Bike services had caused conflict with those registered to provide taxi services, said Nunthapong Cherdchoo, a senior official at the transport ministry.
Grab Bike said it was working with the government to resolve the issues, while UberMoto said it would temporarily suspend services. "Grab Bike offers a service that reduces traffic in Bangkok, one of the world's most congested cities," Singapore-headquartered Grab said in a statement.
"Staff are well-trained and insured." Uber's Asia-Pacific spokeswoman Amy Kunrojpanya told Reuters, "We will temporarily suspend UberMoto services. We are doing it because we respect Thai laws. We see the need to cooperate with related agencies and have the intention to operate under the existing law."
Uber launched its services in Bangkok in February. Authorities have arrested 66 motorcycle drivers working for Uber and Grab Bike, Nunthapong said.
They will face fines of up to 4,000 baht ($112) for first-time offences and have their licenses suspended for repeat offences. San Francisco-based Uber has grown rapidly around the world but has faced protests, bans and restrictions in a number of cities.